YFI Becomes First Altcoin to Exceed the Price of Bitcoin — Now What?

YFI Becomes First Altcoin to Exceed the Price of Bitcoin — Now What? 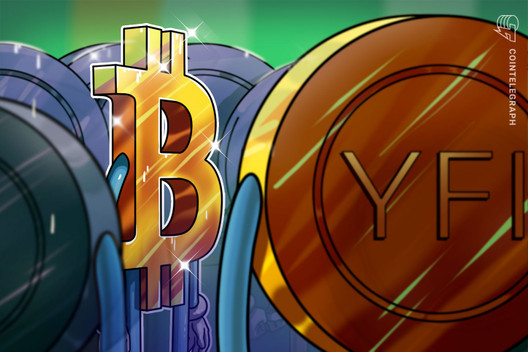 The price of yearn.finance’s YFI token surpassed the price of Bitcoin at $13,444. But it is more arbitrary and psychological.

Yearn.finance’s native governance token YFI became the first-ever altcoin to surpass the price of Bitcoin (BTC) on Aug. 20. It spiked to as high as $13,444 on Binance, fueled by the growing demand for Decentralized Finance, or DeFi.

The sentiment around YFI’s vertical rally since early August remains mixed. Some believe YFI is primed for a pullback. Others foresee more growth potential over the longer term. 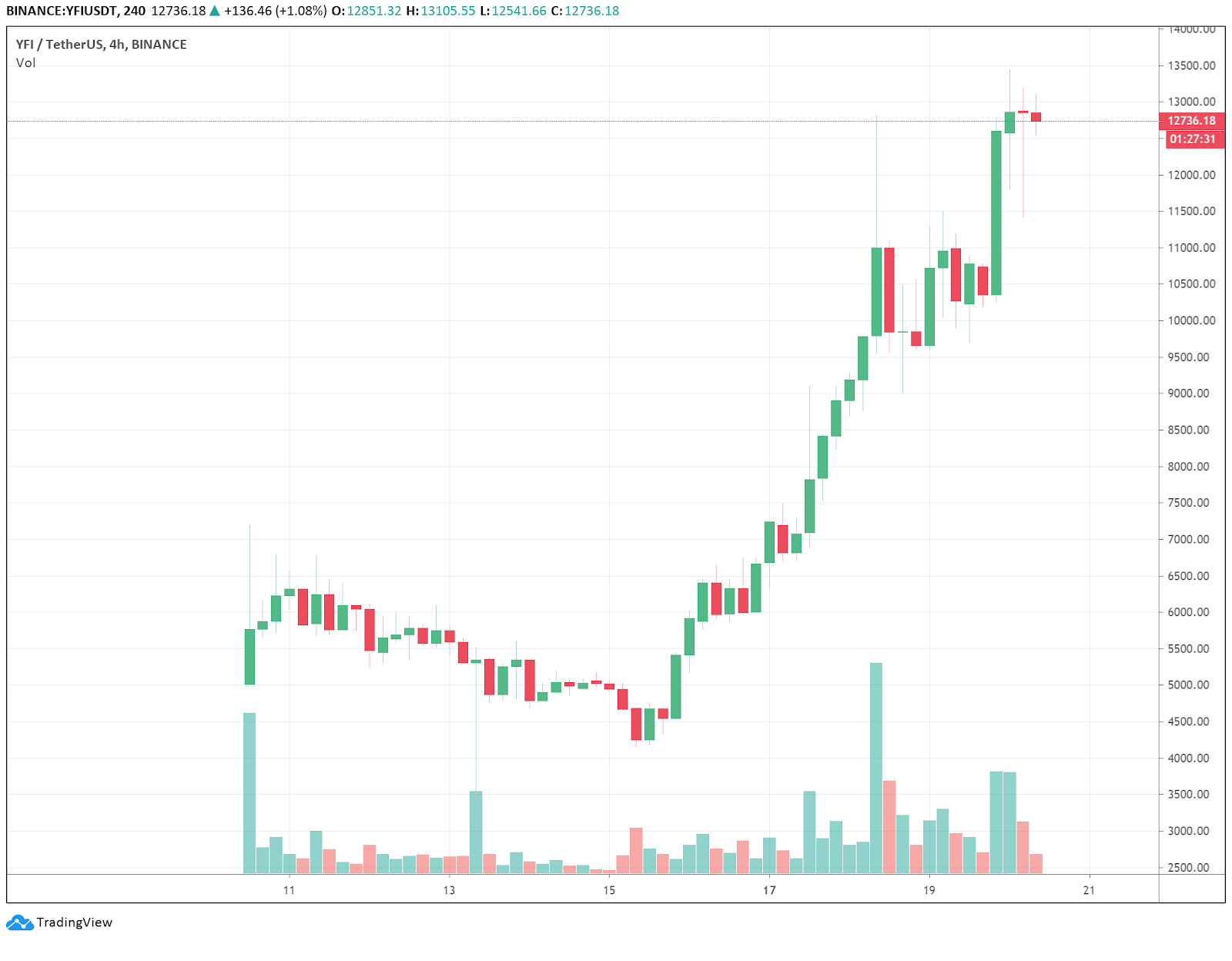 What is YFI and why has it surged so much?

Yearn.finance is a DeFi protocol that launched in July with no premine in a decentralized setting by developer Andre Cronje. It is the first protocol on Ethereum that claims to give token holders all the power to govern the network.

“Just a month ago, the yearn.finance token was trading around the $1000 mark. #YFI is up more than 10x in one month, climbing to $10,551.25 yEarn Finance is the first project on Ethereum, whose governance is entirely in the hands of token holders.”

“If you're not familiar with Yearn, you can think of it as a smart bank account that automatically allocates your assets to different low-risk investment strategies that execute on the Ethereum blockchain.”

Compared to other tokens, the price of YFI is high due to its unique monetary supply. Its supply is capped at 30,000, which is significantly lower than most digital assets.

While the price of YFI has surpassed $12,000, its market capitalization remains below $400 million. By market cap, it is the 45th biggest cryptocurrency in the global market.

As such, crypto startup investor Ian Lee explained that YFI surpassing Bitcoin is more of a psychological event than anything else. He explained:

“YFI ‘flipping’ BTC price is arbitrary & more psychologically than practically important. What is important is what yearn.finance is doing & Andre Cronje is building in DeFi.”

If yearn.finance reaches a similar market cap of other top DeFi protocols, such as Aave and Maker, its price would be at around $30,000 due to its small supply cap. In other words, comparing the price of YFI to Bitcoin makes little sense since the latter has a market cap that is 568 times bigger than Yearn.

Where does it go next?

Some investors in the DeFi space say that YFI has the potential to grow as its supply has been nearly fully minted. Out of 30,000 YFI, 29,962 are circulating, based on data from CoinMarketCap.

Meanwhile, Yearn.finance also unveiled a new product called yinsure.finance to target the DeFi insurance market. Kang previously said that the sector has the potential to become a new billion-dollar market.

“1 YFI will be more difficult to attain than owning 1 BTC. It's Math.”