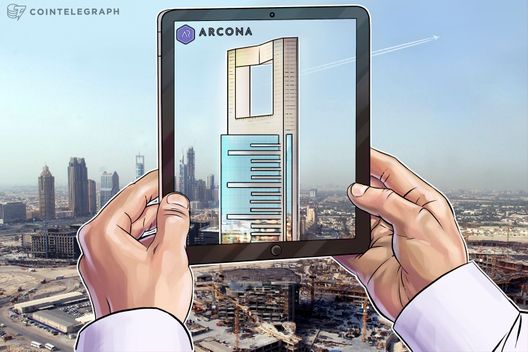 A new company believes AR has the potential to enhance services offered by dozens of industries, including tourism, advertising and real estate.

An established team of augmented reality (AR) developers are planning to “unite physical and virtual worlds” by creating Digital Land that can be bought, sold, rented or leased.

Arcona believes AR – and its upcoming ecosystem – can benefit a plethora of industries, with uses that extend far beyond its most common application: gaming. For example, the construction sector could use AR to show their clients how a project will look upon completion, while the tourism trade has the opportunity to enthrall visitors by recreating lost historical objects.

The company says all of this would be achieved through remote positioning, which will enable developers to embed installations on Digital Land while they are thousands of miles away. According to Arcona, this enables users “to do business worldwide, without leaving their office.”

This technology would be coupled with an app called AR Viewer that provides the public to admire augmented reality creations in the real world. According to Arcona, this would be free and cross-platform – making it compatible with AR glasses, tablets, smartphones and AR headsets.

Dr Alexander Emelyanov, who leads research and development at Arcona, told Cointelegraph: “Our algorithms, based on neural networks and AI, allow for a much faster analysis of a huge amount of data and images to create the most accurate virtual impression of any physical environment in real time.”

A new commodity, an undiscovered world

At first, Arcona plans to launch its AR Grid positioning system in 10 of the world’s largest cities – with 1,500 sq km of Digital Land going on sale.

From the Gothic Quarter of Barcelona to the City of London, and from the fashionable New York neighborhood of SoHo to the glamorous 1st arrondissement of Paris, the company says plot owners have the potential to reach millions of people.

The value of Digital Land would depend on several factors – with prominent plots in densely populated capital cities, where space is finite, likely to be more expensive than a plot in an isolated part of town. Arcona says Digital Land will be traded through auctions, allowing the community to “independently determine market value.” The final bids will then be used to establish average pricing for other plots, with a Blockchain ledger recording who owns land and where.

Arcona says one potential use of AR is in the “oversaturated” ad market, where it is becoming increasingly difficult to grab the attention of audiences in real-world spaces. The company estimates that taking out interactive banners in bustling locations such as the Eiffel Tower would be vastly cheaper than a physical billboard.

By 2023, the company wants AR to be a “broad phenomenon” where its ecosystem is regarded as the industry standard. As demand grows, Arcona also wants to expand its Digital Land to cover 100,000 sq km in capitals worldwide.

The platform will have a universal currency known as the Arcona token, which will be used to trade Digital Land and enable developers to sell software and content to landowners.

Turning the augmented reality ecosystem into a reality

Piligrim XXI, the team behind Arcona, has already amassed five years’ experience in AR development. They launched “the world’s first AR park” in Latvia in 2014, which boasted a reconstruction of a Teutonic knights’ castle. The company claims its attraction saw tourist numbers soar by 30%, while the average time spent at the landmark jumped from 15 minutes to two hours.

In April, Piligrim XXI obtained a patent for its new algorithms. This solution will facilitate the creation of a universal AR layer.

The Arcona ICO is taking place from April 15 to May 15, and the company says every contributor will have an opportunity to win a free plot of Digital Land in one of the world’s top locations.

From June 1 to June 25, ICO participants “will be able to choose and purchase the best digital territories” in Arcona’s 10 launch cities through private auctions, with the land becoming digitized in 2019.