Winners have been announced for Blockshow’s 2018 blockchain industry leaders poll, which was conducted using a blockchain-based voting app called Polys.

Blockshow Europe 2018 has announced the winners for its blockchain industry leaders poll, which was conducted using a blockchain-based voting app called Polys.

BlockShow’s 2018 poll gave supporters worldwide the opportunity vote for those women and companies they felt to be making the biggest impact on the European blockchain sphere. Over 2000 votes were cast for a shortlist that featured 15 nominees for each category.

The winner from the shortlist of influential women in the EU blockchain space was announced as Dr Quy Vo-Reinhard, Chief Data Officer and co-founder of the HIT Foundation. The Health Information Traceability (HIT) Foundation is a decentralized marketplace that leverages blockchain to allow individuals to digitize and monetize their health data, as well as to trace its usage. Dr Vo-Reinhard responded to the award, saying:

“I believe the blockchain can bring a bright future to the global community. I was born in a country where, 40 years ago, a majority of people believed women belonged in the kitchen. I feel that I’ve come a long way: being here, speaking, and receiving an award for what I'm doing for women in tech and at the HIT Foundation is amazing. I suggest next year there should be a category for men, too — we all work really hard in this industry. It has nothing to do with gender and everything to do with capability and performance.” 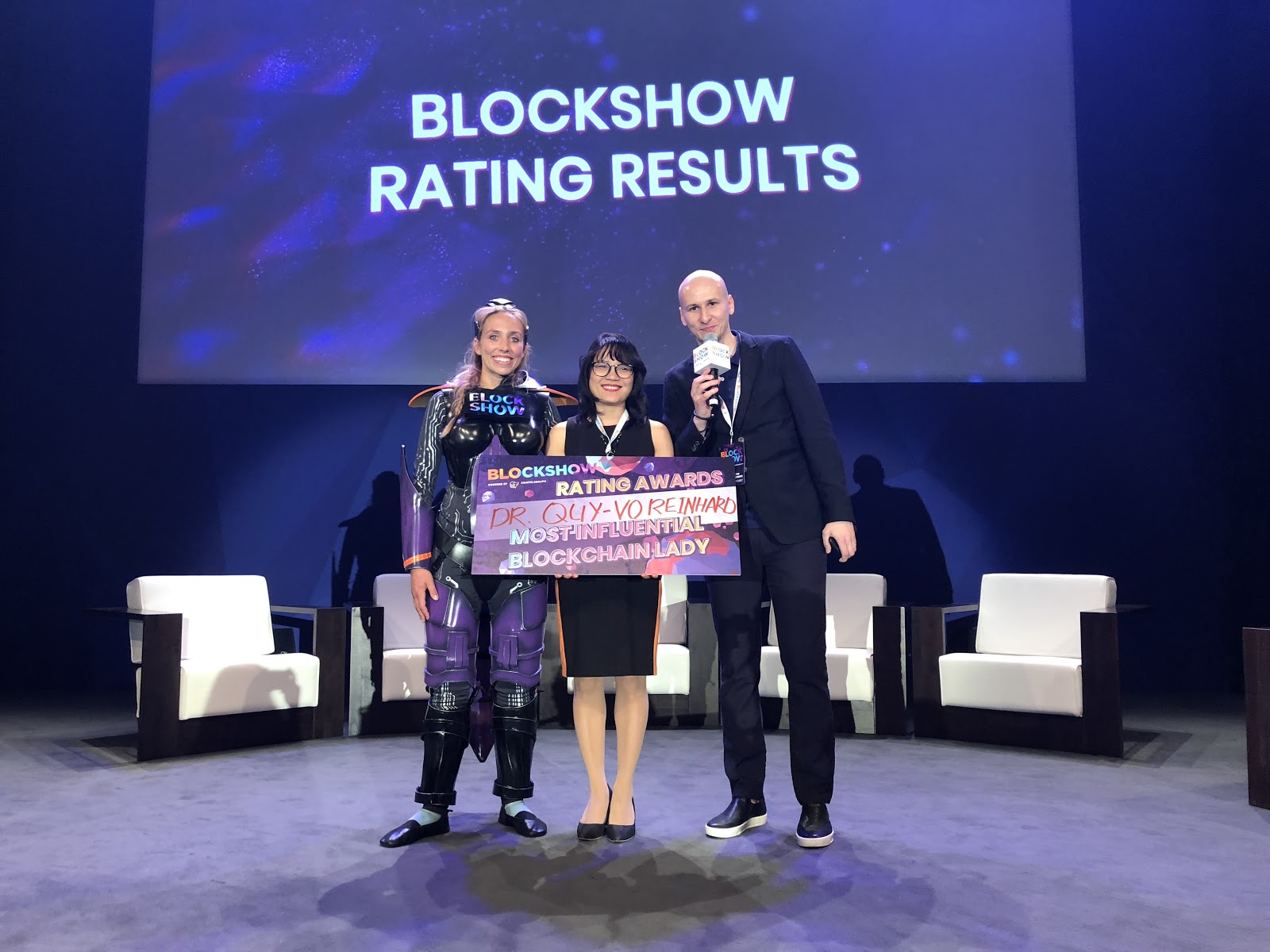 Dr Quy Vo-Reinhard will be speaking in the solutions Session, 'The Rise of Humanitarian Use Cases,' on the Main Stage at Blockshow at 4.20 pm today.

The winner for the game-changing EU blockchain company was announced as Bitfury, one of the largest infrastructure providers in the global crypto ecosystem. Valery Vavilov, CEO of Bitfury, responded:

“Bitfury is grateful for this show of support. We work hard every day to develop and advance blockchain solutions for governments, businesses and institutions that make life better for people – in Europe and around the world. We are more committed than ever to bringing this game-changing technology to life.” 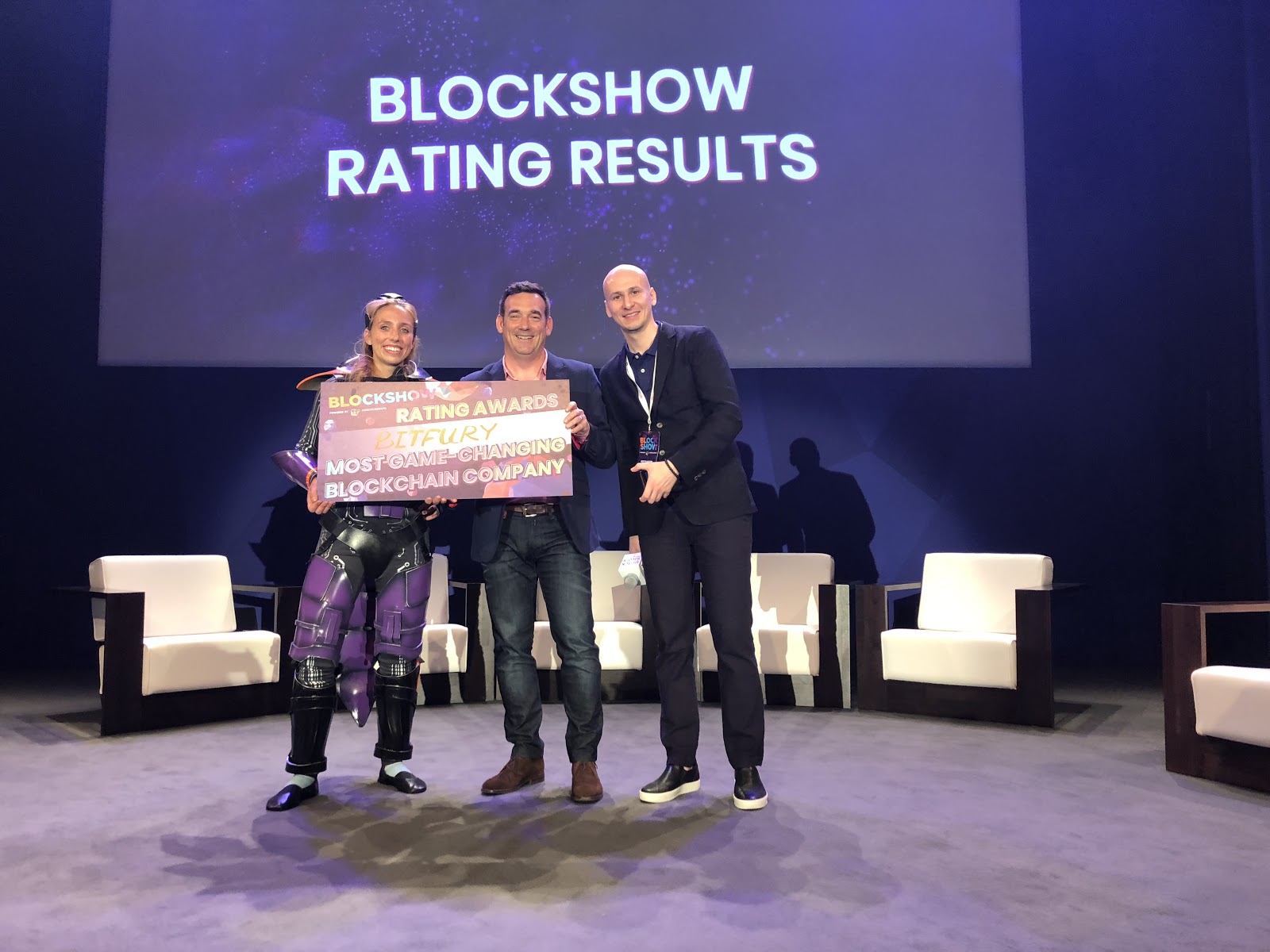 Readers can find the full results of the polling here.