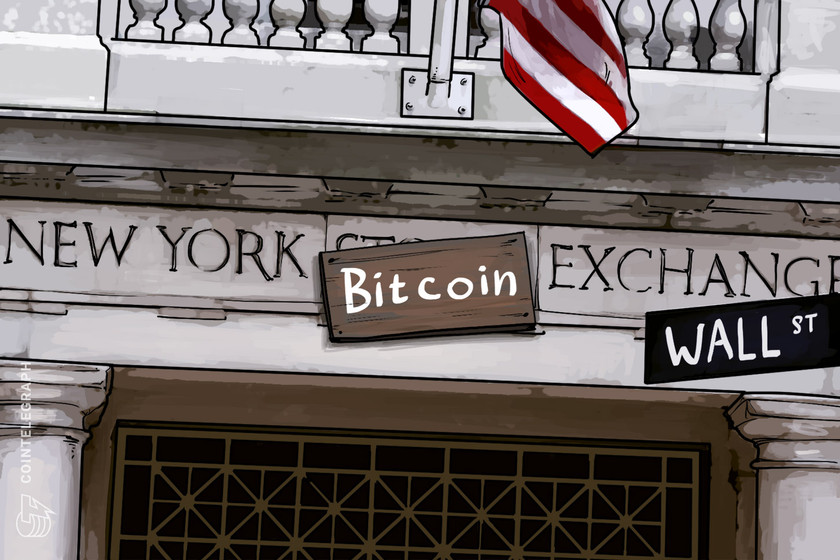 There is a reason why Grayscale Bitcoin Trust (GBTC) emerged as a benchmark to measure institutional interest in Bitcoin (BTC).

Grayscale no longer the only option for investors

The digital currency investment product was among the only ones that offered hedge funds, endowments, pension funds, and family offices a way to gain exposure to Bitcoin without needing them to own the digital asset themselves.

Therefore, a rising capital inflow into GBTC — such as the one reported last year, wherein Wall Street investors deposited about $18.2 billion in the fund — served as a metric to gauge growing institutional interest in the crypto sector. Conversely, a declining capital inflow reflected institutional withdrawal or profit-taking, like the one happening since the first quarter of 2021.

The GBTC premium was upward of 30% at the beginning of this year. But the latest Skew chart pinpoints it at -11.40%. GBTC's premium to its NAV was min40.20% at its sessional low, its worst level in history.

Meanwhile, GBTC premium logged mild recoveries in early April after Grayscale announced its intentions to convert its trust structure to an exchange-traded fund (ETF). The New York firm's decision came in the wake of growing competition from then-newly launched ETFs in Canada, primarily as they offered better expense ratios than Grayscale's.

Business rivalries with Canadian Bitcoin ETFs might have also choked capital inflows into GBTC. Purpose, for instance, raked in $1 billion capital a month after its launch in February, reflecting that demand for Bitcoin investment products remained higher despite a plunge in GBTC's inflows.

The period also saw Bitcoin's spot rate riding higher on the Elon Musk factor. Following Tesla's revelation that it was holding $1.5 billion worth of BTC in its balance sheets, the cost to purchase one Bitcoin rose from as low as $38,057 on Feb. 8 to as high as $64,899 on April 14, with speculators believing that more corporates would replace a portion of their cash holdings with the flagship cryptocurrency.

Daniel Martins, the founder of independent research firm DM Martins Research, highlighted the decline as a sign of waning Wall Street interest in Bitcoin-related investments, especially after the cryptocurrency became a clear victim of Musk's anti-Bitcoin tweets mid-May, losing more than half its valuation at one point later.

Martins further noted that Grayscale reported 500% higher annualized returns than Nasdaq, but its correction was also worse than the 2008's Great Recession — 82% vs. Nasdaq's 17%. That made Grayscale's bitcoin investment product an "ultra-leveraged bet," accompanied by an inferior risk-adjusted performance. The analyst added:

ETF.com's analyst Sumit Roy wrote that the Grayscale fund's potential transition into an ETF ends its 2%-fee days as it would need to compete with an army of other ETFs, led by firms like Bitwise, Vanguard, Fidelity, Cboe, and others. He added:

"Yet regardless of what happens, GBTC is poised to be a force, and will likely stick around no matter how the crypto fund space evolves."

But whether the US markets would have access to a Bitcoin ETF in 2021 remains a mystery itself. Financial Times reported earlier this week that most ETF applications gather dust as the US Securities and Exchange Commission's chair Gary Gensler reiterated worries about investor protection in crypto markets.

“I expect that [delay] to happen with all of our filings, to be honest,” said Laura Morrison, global head of listings at Cboe.