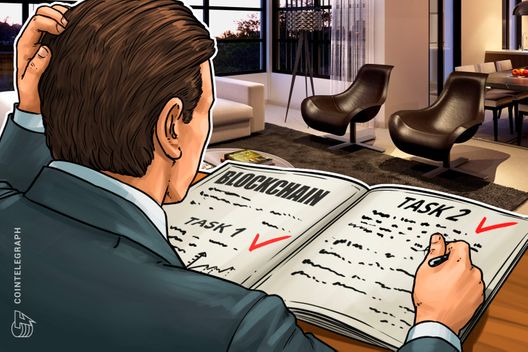 A new advisory publication on Blockchain is designed to help US government agencies figure out the technology.

The ACT-IAC, an advisory structure in existence since the 1970s, has opted to create a five-point checklist for US government agencies.

This, along with other materials in the Blockchain Playbook, should allow such agencies to cut through “hype” and work out which – if any – aspects of Blockchain would “solve their problem.”

The checklist consists of “Assessment,” “Readiness,” “Selection,” “Implementation” and “Integration.”

“With blockchain near the top of the hype cycle in 2017, it is important to separate reality from hype when it comes to which uses cases can actually benefit from a blockchain solution,” part of the first ‘Assessment’ section reads.

The US government has pursued various Blockchain projects for several years, deploying research schemes to look at overhauling countless sections of the country’s economy and even its defence systems.

With in-depth knowledge of Blockchain’s capabilities and technical principles still hard to find, however, ACT-IAC appears to see a vacuum requiring continued attention.

Industry technologists and outside experts collaborated on the Playbook, which follows the group’s first Blockchain tool, the Blockchain Primer, released last year.

In January, Cointelegraph provided an overview of US government activities in the Blockchain sphere via our Expert Blog.