US Lawmakers Say IRS Too Focused on Enforcement, Should Provide Clarity for Crypto Taxation

US Lawmakers Say IRS Too Focused on Enforcement, Should Provide Clarity for Crypto Taxation 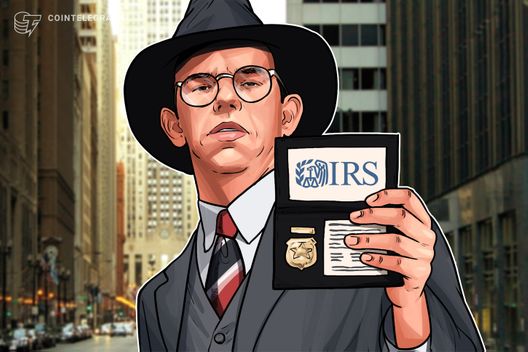 U.S. lawmakers have chastised the Internal Revenue Service (IRS) for failing to issue updated and “comprehensive” crypto taxation guidance since 2014.

The letter was sent to acting IRS commissioner David Kautter by Congress members David Schweikert, Darin LaHood, and Brad Wenstrup, Kevin Brady and Lynn Jenkins from the Committee on Ways and Means.

It opens by calling attention to a prior letter sent by the representatives in May of last year, which had already questioned the agency’s lack of a comprehensive crypto taxation strategy. Since then, the lawmakers claim, “the IRS [has] continue[d] to expand its enforcement activities [but] without issuing any further guidance for taxpayers.

The representatives deem that the IRS has had “more than adequate time” to work through complexities after its preliminary rules were issued four years ago. These indicated that crypto would be treated as property for tax purposes in the U.S., and were issued in March 2014.

The lawmakers note that in September 2016, the Treasury Inspector General for Tax Administration had reported that the IRS crypto tax strategy was incomplete, and had already called for updated guidance at the time, further noting that other associations have since called on the agency to provide additional clarity for taxpayers. However, the lawmakers consider that:

“Despite the issuance of only preliminary guidance on this issue [back in March 2014], the IRS has made enforcement of this guidance a priority, undertaking robust enforcement actions on a number of fronts.”

As an example of the IRS’ robust enforcement actions to date, the lawmakers draw attention to the agency’s decision to summon records from American users of crypto exchange and wallet service provider Coinbase in July 2017, which has since seen a protracted legal battle set in.

The lawmakers argue that while the IRS has proactively continued to remind taxpayers of the penalties for non-compliance with its guidance, its failure to introduce a more robust taxation framework “severely hinders taxpayers' ability” to meet their obligations.

The letter closes by stating that the representatives will be asking the Government Accountability Office to undertake an audit on the matter.

As previously reported, data released ahead of the close of the preceding tax year suggested that just 0.04 percent of tax filers were reporting capital gains from crypto investments to the IRS.