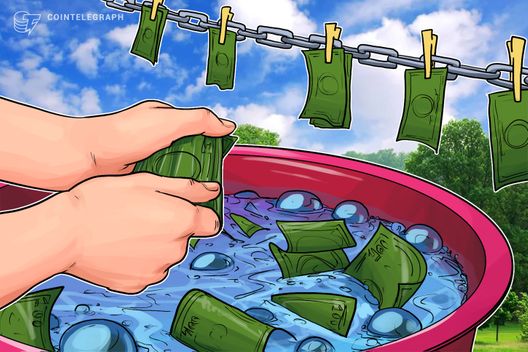 Internet’s “leading forum for prostitution ads” is indicted on 93 counts, including money laundering through cryptocurrencies.

Listings website Backpage.com was seized on Friday by the US Department of Justice (DOJ) in part on charges that it laundered half a billion dollars in illegal revenue, some via cryptocurrencies, a DOJ press release announced Monday, April 9.

The 93-count federal indictment, obtained through joint action by the FBI, IRS and others, alleges that Backpage earned “over $500 mln in prostitution-related revenue since its inception.” IRS Criminal Investigation Chief John D. Fort dubbed the defendants “masterminds,” who committed “egregious financial crimes such as money laundering […] at the expense of women and children,” using “virtual currencies… and the anonymity of the Internet” to cover their tracks.

“By laundering the illegal gains of an enterprise, Backpage perpetuated the exploitation of victims and continued to finance their business,” Chief Postal Inspector Guy Cottrell said.

The indictment explicitly states that the defendants “converted customer payments into and out of cryptocurrency” in order to conceal their misconduct and evade law enforcement. But beyond the indictment, the crypto trail goes further, involving not only the defendants, but the sex workers who used the online hub as well.

In 2015, Visa and Mastercard stopped processing transactions from Backpage, citing “moral, social and legal” reasons. Bitcoin became one of the few available payment methods, with one Backpage escort bitterly riposting that although altcoins “may seem scary,” they were becoming the only way to “stay safe and successful” in the online industry. A reddit thread that same year proposed a Sex Industry Bitcoin Training Manual in the wake of Backpage’s Visa shutdown. This “wave” of new crypto users was dubbed by Bitcoin advocacy reddit groups as “The Backpage Effect.”

Law authorities globally are working to set a precedent for cases in which cryptocurrencies are exploited to conceal layers of misconduct and corruption. According to the head of Europol, as much as $5.5 billion is being laundered through cryptocurrencies annually.