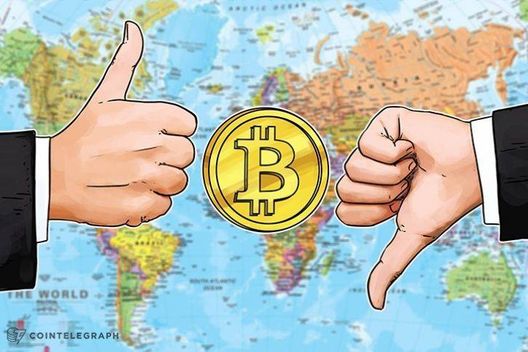 The US Department of Defense is uncertain on how to proceed with processing security clearances of candidates who hold crypto assets.

The recognition of Bitcoin as a form of foreign currency could potentially have an impact on decisions in recruiting new employees to the US Department of Defence (DoD), Bloomberg reported May 22.

The Pentagon’s chief concern is whether investment in cryptocurrencies indicates criminal intent or constitutes an increased predisposition toward risky personal behavior. This could detrimentally affect a job candidate’s profile should the DoD be considering them for a security clearance.

For now, the Department of Defense has not produced guidance relating to the ownership of cryptocurrencies. The Pentagon is reportedly waiting for the Treasury Department, Securities and Exchange Commission (SEC), and other agencies to inform the legislative interpretation of cryptocurrency. The US national security apparatus has to track over 4 mln people with some form of security clearance.

As noted by Bloomberg, a more close examination of job applicants who own digital currencies could get in the way of the Pentagon’s efforts to expand its operations in cyberspace. Greg Touhill, who was the first Federal Chief Information Security Officer, said:

“If we’re going to say that if you’ve got a Bitcoin or another digital currency account that could be a signal or shoot up a red flag for a security clearance, guess what? Those people aren’t going to sit around waiting to try to onboard for a government job. It would grow the backlog considerably, in my view.”

Some experts disagreed over whether owning crypto constitutes a legitimate form of risk. Steve Aftergood of the Federation of American Scientists said he doubts whether the government, “has a clear understanding of what makes a person actually a security risk.” He added that the proxy factors normally maligned by the security apparatus, such as drug use and debt, aren’t necessarily accurate indicators of risk.

On the other hand, Nicholas Weaver, a researcher at the International Computer Science Institute at the University of California, said the Pentagon is right to scrutinize crypto investors. Weaver repeated the oft-heard argument that, “Bitcoin’s only real use is to buy drugs, etc., it deserves suspicion.” He added:

“As for the HODL-ers, they will pass through the clearance process OK because it’s clear they are just little speculators. Or outright delusional speculators, in which case, do you really want that type in government?”

Cointelegraph previously reported that San Francisco Federal Reserve Bank president John Williams said that cryptocurrency “doesn’t pass the the basic test of what a currency should be.” He stated that a currency should be “basically something with a store of value” and be elastic in order to support varying economic and financial conditions.