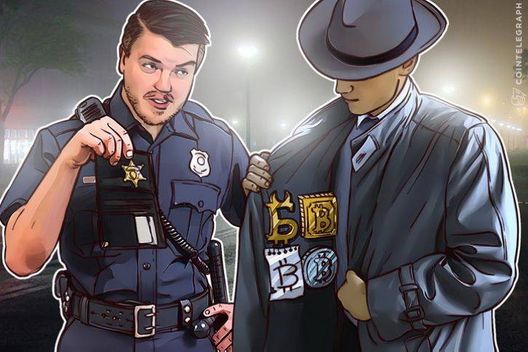 Prosecutors have allegedly seized €400 mln from a Polish bank, with unconfirmed reports that the confiscated funds have ties with Bitfinex.

News is emerging of the seizure of €400 mln from an account that is reportedly affiliated with crypto exchange Bitfinex at the Cooperative Bank in Skierniewice, Poland. The investigation is allegedly tied to Colombian drug cartel operations, a local news outlet reported April 6. The report has not yet been officially confirmed or denied by Bitfinex.

The confiscated funds are said to correspond to the defrauding of €400,000 from The Belgian Ministry of Foreign Affairs during the construction of its embassy in the Democratic Republic of Congo.

Prosecutors are said to be investigating accounts linked to two companies. One is registered in the vicinity of Pruszków, and is said to be headed by someone of Canadian-Panamanian descent. The second company is allegedly presided over by a man with Colombian and Panamanian citizenships. Both companies are said to have over 270 mln PLN ($79 mln) deposited on their accounts.

It is this second account that is reported to be tied to Bitfinex. In late 2017, documents posted online appeared to show Bitfinex directing its customers to an account at the Cooperative Bank in Skierniewice, as Bloomberg reported.

On Polish forum Bitcoin.pl, one Bitfinex user has claimed he was interrogated by Polish police last week: “I testified as a witness regarding the case of Crypto sp z o.o because they sent me money from Bitfinex and their accounts were blocked.”

Today’s reports in Polish media raised the suspicion that there is a connection between Panama registered Crypto sp z o.o (and parent company Crypto Capital Corp.) and narcotics trafficking networks, suggesting that the criminals converted fiat into crypto to cover their tracks.

No charges have been filed yet, with Polish prosecutors awaiting Europol and Interpol cooperation.

Blogger Bitfinex’ed repeatedly posted his concerns about the obscurity surrounding the exchange’s bank accounts, resulting in Bitfinex threatening to pursue legal action against him.

Speculation has also arisen that Tether has been operating a fractional reserve and is covering over its reserve deficit in complicity with Bitfinex. Suspicions mounted further when Tether allegedly dissolved its relationship with a third-party auditor.

As of press time, Bitfinex has not responded to Cointelegraph’s request for comment.