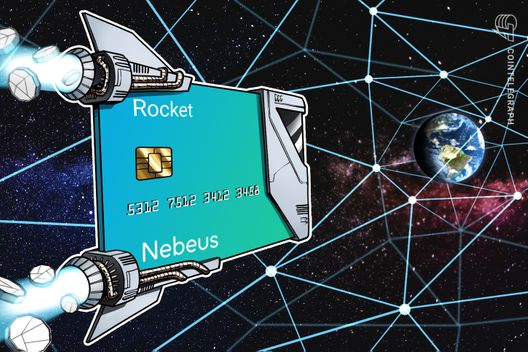 According to the World Bank, there are 1.7 billion people globally who still don’t have a bank account.

Nebeus, the London-based crypto platform, has launched a 1.1 million pound ($1.45 million) crowdfunding campaign as they set out their ambitious goal of bringing financial services to people around the world. According to the World Bank, there are 1.7 billion adults globally who remain unbanked, yet two-thirds of them own a mobile phone that they could use for online banking. The Nebeus’ campaign went live on Sept. 24, 2018 and has already attracted more than 400,000 pounds ($527,490).

The goals of the campaign

Backed by industry expert Brett King, the Nebeus campaign will last until October 23, 2018. Currently operating in 45 countries, they now plan for expansion across Europe, Asia and South America. The company wants to make banking simple for people and encourages a wider use of cryptocurrency in everyday spending, offering user-friendly Bitcoin wallets and its recently launched Exo card. The new prepaid card allows users to seamlessly convert crypto into fiat, making transactions convenient online, offline and even at ATMs.

“We want to create an ecosystem where those who add value are rewarded, and those

environment, built on blockchain technology. Our current campaign will bring us a step

closer to achieving this,” Konstantin Zaripov, co-founder and CEO of Nebeus, said.

How the platform works

Nebeus is a new crypto bank which facilitates crypto-collateral Bitcoin loans globally. The company says it is working on “bridging the gap between crypto and fiat finance through the use of blockchain technology.” According to the company, 30,000 users of the Nebeus platform have already created active blockchain-based wallets.

The fintech startup was founded in 2014, and the peer-to-peer (p2p) exchange platform was launched at the end of 2017. Nebeus has already enabled the transaction of 34 million euro ($39.9 million) and facilitated 1.9 million pounds ($2.23 million) in p2p Bitcoin loans. Their trading platform allows users to purchase and sell Bitcoin and Ethereum with instant deposits into their accounts.

Nebeus’s open API allows third parties to develop value-added products and services on top of the Nebeus platform or incorporate Nebeus’s services into their existing ecosystems.

The Nebeus card, launched in the summer of 2018, allows for converting cryptocurrency into fiat and also has some additional features. For example, all the users’ cryptocurrencies can be stored, easily accessed and managed in a Crypto Basket. Moreover, the Nebeus card functions as a regular debit card. It is accepted in over 40 million locations and can be used in stores, for online payments or for ATM withdrawals. The card can be issued to consumers worldwide.

The expansion to unbanked regions

In June 2018, Nebeus announced it was entering the African market through local telecommunications and mobile money. The company said that cryptocurrency users in Kenya, Uganda, Tanzania, Rwanda, South Africa, Nigeria and Ghana have received full access to the startup’s “crypto bank.” The company expects to enable over 400 million people with crypto services through help of local partners that already have an established network in the region.

However, there are still a lot of unbanked adults in other continents too. According to the World Bank, account ownership in Europe and Central Asia was 65 percent in 2017 (58 percent of adults in 2014) and 71 percent in East Asia and the Pacific.