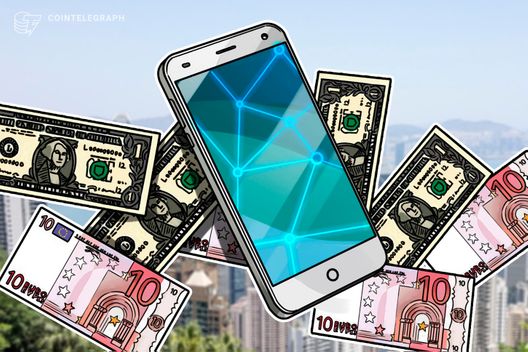 The upcoming mobile payment service will be based on the Rich Communication Services (RCS) global messaging standard and TBCASoft’s cross-carrier blockchain platform. The service will will enable users to conduct peer-to-peer money transfers globally, as well as to carry out internal purchases directly from their device via the RCS wallet application or a legacy messaging service like SMS or email.

According to the statement, Uber’s largest shareholder SoftBank teamed up with TBCASoft in order to develop a cross-carrier blockchain platform Cross-Carrier Payment Service (CCPS), which aims to boost mobile payment services among global telecoms carriers. In turn, Synchronoss has provided a multi-channel communications platform that combines text messages (SMS), email, and RCS. The platform was launched earlier in 2018, the statement says.

Softbank’s vice president Takeshi Fukuizumi noted that the upcoming cross-carrier payment service will allow merchants to operate “at a scale that was previously only available to big brands.”

According to Synchronoss CEO and president Glenn Lurie, the upcoming blockchain-powered RCS mobile service will “disrupt the current messaging and payments market,” stating that SoftBank is “at the forefront in bringing to market new cutting edge technology.”

Earlier in August, U.S. software firm Intuit was granted a patent for processing Bitcoin (BTC) payments via SMS. The patent was reportedly filed in the same year that Intuit’s DIY tax solution QuickBooks partnered with BitPay to enable business clients to pay their invoices in Bitcoin.