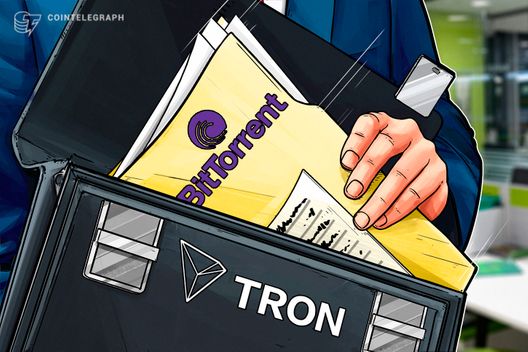 Justin Sun, the founder of TRON, is reportedly in the process of acquiring BitTorrent Inc. (a.k.a. Rainberry).

BitTorrent Inc., operator of torrent client uTorrent, is reportedly in the process of being acquired by TRON founder Justin Sun, TorrentFreak reports Friday, May 25.

Earlier this year, Justin Sun had sued BitTorrent Inc. – which changed its name to Rainberry last year – for reportedly violating a “No Shop” clause from a letter of intent he had signed in January. Sun’s lawsuit notes that after the letter of intent was signed, BitTorrent’s David Chao told Sun that the company had received three “superior” bids from other companies with which they had communicated.

Sun’s request for a restraining order for BitTorrent to cease communications with other potential buyers was dismissed in court.

TorrentFreak writes that at the same time the exclusivity period of the letter of intent ended at the end of February, Sun had registered a holding company called “Rainberry Acquisition.”

BitTorrent confirmed with TorrentFreak that the acquisition has not been finalized yet, while Justin Sun has not responded to Cointelegraph’s request for comment by press time.

TRON, which will launch the Tron Mainnet in five days, has a market cap of around $4.6 bln and is currently ranked ninth on Coinmarketcap, down a little over 2 percent over a 24 hour period and trading for around $0.07 by press time. TorrentFreak notes that the TRON’s mainnet aim to “decentralize the web,” with torrents mentioned directly in the TRON whitepaper, aligns with that of BitTorrent.

Unrelated to the TRON cryptocurrency, BitTorrent creator Bram Cohen announced last fall that he planned to create his own cryptocurrency, Chia, that would fix the “centralization problems” of Bitcoin (BTC).