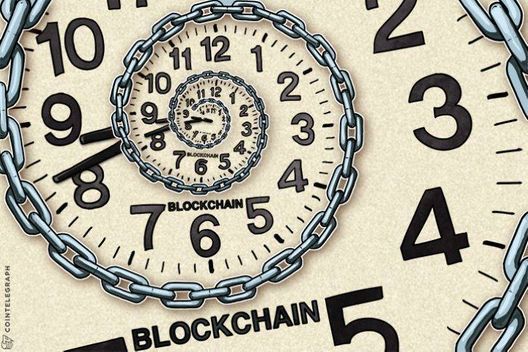 Martin Walker, director of the Center for Evidence-Based Management, told the Treasury Committee that blockchain is a fad without much to offer to the financial system.

Martin Walker, director of the Center for Evidence-Based Management, dismissed blockchain technology, calling it a “pixie dust” fad before the British Parliament, Business Insider reported May 1.

Walker, who directs a think tank that aims to improve the quality of executives’ decision-making, spoke before the Treasury Committee at a hearing on blockchain in the financial system. Walker said it can offer “little to nothing” regarding potential benefits to the sector. He claimed:

"All that it takes to make a credible idea into a fad is people just switch off their brains and stop thinking. Over 20 years in and around the banking industry — blockchain is a fad, but I have seen many fads in my career. If 10 percent of what I've heard in my career had come true, we would have these amazing banks that run for £1 a week."

He compared fads he has seen with "magic wands" and "pixie dust." Walker said there is no point in considering blockchain as a singular thing, claiming that most developers have strayed away from the original principles of blockchain developed for digital currencies.

Walker admitted that the excitement around blockchain became a “catalyst” that pushed banks to upgrade certain parts of their operations, such as trade finance. Even so, he warned the committee that the hype has potential to cause "a distraction from looking at getting some of the basics right," highlighting that a number of executives identify the technology as a "universal panacea." He said:

"Genuine innovation is hard. We've created what one of my colleagues calls 'innovation theater.' If you want to be seen to be innovative, all you have to do is a proof of concept using blockchain. It doesn't matter if it doesn't go anywhere."

While blockchain was originally developed to power digital currencies and enable cryptocurrency transactions, it has also been implemented in other fields like healthcare and real estate. Financial organizations around the world have found applications for blockchain and invested in serious developments to improve their business models using the technology.

IBM, the Bank of Montreal (BMO), CaixaBank, Commerzbank, Erste Group, and the United Bank of Switzerland’s (UBS) partnership to develop a blockchain trade finance platform called Batavia, has resulted in the platform’s first live pilot transactions. Batavia works by tracking events in a product’s supply chain, while key events can prompt the execution of smart contracts that close trade agreements.