The Next Chapter Of Blockchain Is Market Consolidation: Expert Take

The Next Chapter Of Blockchain Is Market Consolidation: Expert Take 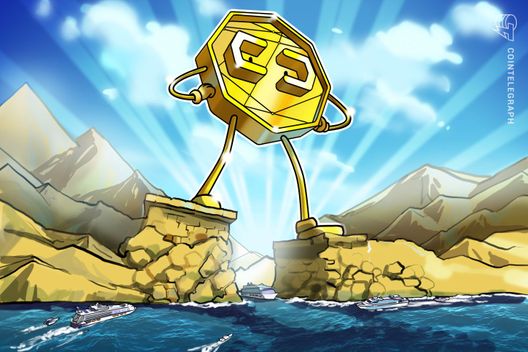 In our Expert Takes, opinion leaders from inside and outside the crypto industry express their views, share their experience and give professional advice. Expert Takes cover everything from Blockchain technology and ICO funding to taxation, regulation, and cryptocurrency adoption by different sectors of the economy.

If you would like to contribute an Expert Take, please email your ideas and CV to george@cointelegraph.com.

The cryptocurrency market acts like TV stuck in fast forward. It mirrors traditional market booms and busts but with breakneck speeds that feel more like horse betting than stock trading. The fast pace makes trading fun, addictive and heart wrenching, but it is not completely unpredictable.

Cryptocurrency markets adhere to a psychology of disruptive technology. What is interesting is that Blockchain companies have managed to condense preceding market trends from a few decades to a few years. According to research published by Morgan Stanley, Bitcoin and other respective cryptocurrencies are behaving a lot like how the Nasdaq did during the dot-com bubble but at 15 times the speed.

So, what is next for the cryptocurrency market?

The general consensus is consolidation

Charles Hoskinson, Cardano founder and Ethereum co-founder, called it in early January. Amid the initial slip of the altcoin market, Hoskinson saw what many market analysts now confirm – a saturated market that was not able to sustain rising competition and diminishing interest.

During an interview with CNBC, Hoskinson stated: “What's going to occur is a lot of these ventures that don't have strong fundamentals, don't have good tech, or just unrealistic projects, they will eventually run into some major wall they can't quite overcome.”

The enterprise cloud market may be a good indicator of what we can expect next. Think of Blockchain companies like Ethereum, Cardano and Stellar as platforms that parallel big enterprise cloud platforms like Salesforce, Microsoft and Oracle in the early 2000s.

In the beginning of ‘cloud’, the aforementioned pioneers created platforms based on the novel concept of remote server access. After ‘cloud’ reached mainstream adoption, it sparked a mania of cloud application creation – not unlike the utility token mania we’ve seen with ERC20 (Ethereum’s Token Standard Interface). Once the cloud ecosystem was saturated with tools and applications, companies began to eat one another. Larger platforms created networks of native applications blended with APIs that enabled companies to adopt other successful cloud tools. However, weaker technologies in the cloud ecosystem were either eclipsed and killed by competition, or they were purchased by other companies that wanted to absorb their technology, patents and innovation.

If the Blockchain ecosystem continues to model the disruption of the cloud ecosystem, but at 15 times the speed, we are likely to see an abbreviated cycle of this consolidation.

Take a look at some of the most recent mergers and acquisitions:

At the moment, mergers and acquisitions are relatively low-key and not particularly tied to platforms. However, once platforms have solidified their core products toward the end of the year, we can anticipate more consolidation around collaborative Blockchain ecosystems.

For good measure, look at those companies who are now developing or exploring their own Distributed Ledger Technology (DLT). You’ll notice some familiar cloud names. If current Blockchain platforms do not start consuming markets soon, you can bet the giants like IBM, Oracle, Microsoft or Accenture will start feasting.

What does that mean for the original Blockchain trailblazers, newcomers and ICOs?

For the top-tier Blockchain platforms

Consolidation is a critical test of any platforms merit. Only the best platforms will survive, and typically those platforms will have the most robust ecosystem of applications. Today, many platforms are making bids to capture the initial coin offering (ICO) business and further integrations with utility and currency tokens. A clean interface, strategic partnerships and high adaptability will distinguish the top competition.

For the funded, but early stage cryptocurrency companies

Having money in the bank does not make a company bulletproof. The next year will test 2017 to early 2018 ICO companies’ ability to deliver on their promised products. As stated by Hoskinson, those with weak fundamentals will likely collapse. Still, those who have a strong product may face issues with marketing and brand prominence. Every funded company should plan to both improve their product and build a strong network of supporters.

Blockchain is a grow or die industry. Companies should either prepare to have an exit strategy through acquisition, or have a build, buy, and partner itinerary to continue growing.

For ICO and Pre-ICO companies

ICO fundraising has increased in popularity, but also in competition. Where some big names are thriving, others are finding it harder to hit their goals. For March, out of the total $3 bln in ICO funds raised, more than half went to the top three fundraisers - Telegram, Petro and Dragon Coin. The scraps were divided among the 86 runner-ups. At the moment, with diminished cryptocurrency hysteria, investors are making more measured bets. That means there is less easy money on the table. Fewer ICOs are reaching their fundraising goals. As a result, many projects are hibernating, operating on a more exaggerated timeline, or failing outright.

Companies that are starting their ICO process should focus on a clear go-to-market message that stands out. They should also plan to operate lean with less than 25 percent of funding going to salary expenses. They need to seek out support early and often from partners, venture capitalists and others in the cryptocurrency community that have an active presence on exchanges and familiarity with established brands.

Contrary to most public noise, the consolidation of the Blockchain market is extremely healthy

Consolidation reflects a more mature market that is cleaning up its ‘wild west’ image. In the next few months, the established champions will help galvanize public adoption. A leaner ecosystem will yield more targeted projects that appeal to businesses and individuals. This will hopefully kill off scam projects and ‘pump and dump’ currencies.

Look for acquisitions and partnerships to dominate as platforms look to build ecosystems with a combination of utility and currency tokens.

The views and interpretations in this article are those of the author and do not necessarily represent the views of Cointelegraph.com.

Ben Noble is a founding partner of MarketBlok, a marketing and PR company for Blockchain technologies. Prior to his cryptocurrency work, Ben was an accomplished marketing professional for cloud-based services.