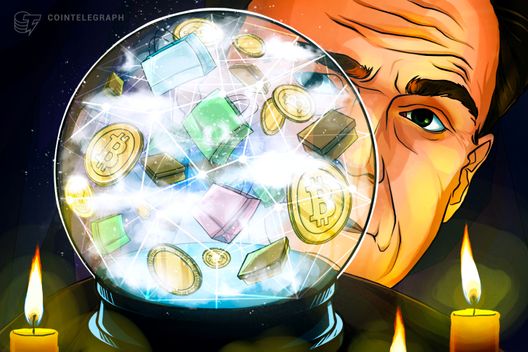 How Overstock came to success, what is the role of Bitcoin in it, and what is going to happen to the company now that its share price is dropping?

Last week brought more controversial news about Overstock.com, the first major retail company to accept Bitcoin as a payment option in 2014. The company decided to pull its secondary stock offering due to its continuing falling share price, while Patrick Byrne, Overstock.com’s CEO, had previously mentioned that he considered selling the retail giant. Furthermore, Robert Hughes, Senior Vice President of Finance and Risk Management at Overstock resigned from his position to join a Blockchain venture that also involves Byrne.

Byrne has been an advocate for Bitcoin and Blockchain practically since day one, creating a strong reputation for himself in the cryptocurrency community. Now, when the pioneer of adoption seems to be going through some turbulence, it is important to refresh our memory about the intense relationship between Overstock and Bitcoin.

Byrne founded Overstock.com in 1997 and launched it in May 1999. Initially, the company operated as an online marketplace that sold surplus merchandise, liquidating the stock of failed dot-com companies at below-wholesale prices. These days, Overstock.com continues to sell closeout merchandise including home decor, furniture, bedding, and other goods, but it offers brand new stock as well.

Essentially, Byrne kicked off his business by capitalizing on 90’s hysteria and the subsequent wave of dot-coms that abruptly went bankrupt. His company turned those domains into suppliers by offering to sell out their inventory.

Overstock’s CEO never shied away from voicing his criticism of Wall Street and mainstream finance. Byrne’s war with the most influential financial entities of the US has been continuing for more than a decade. It ties into his views on power as a whole — being a follower of the Austrian school of economics, Byrne believes that economy should rest on the judgments of individuals, not a central authority:

"These institutions that we get told are neutral and are governing society neutrally… become the tools powerful [enough] to oppress the we. I distrust the idea of central banking”.

Indeed, Byrne is not quite your typical businessman: not only does he refuse to obey the financial overlords, he’s also a three-times cancer survivor with a PhD in philosophy who wears bond-villainesque collarless jackets and silk Chinese shirts.

In 2002, Byrne took Overstock public using the-so-called Dutch auction or Dutch Initial Public Offering (IPO). That method allowed to raise money directly from the public instead of holding a traditional IPO, where Wall Street banks would take their cut in the process. Thus the company rejected Wall Street’s supervision while raising public capital.

In 2005, Byrne started off his campaign against illegal naked short selling – when a seller sells stock without actually owning it and intentionally fails to deliver it within the standard three-day settlement period. He argued that such sellings were used by big financial players as a tool to depress companies’ stock prices. In 2007, Byrne continued his crusade on Wall Street by hitting at least 12 brokerage firms including Morgan Stanley, Goldman Sachs and Merrill Lynch with a $3.48 bln lawsuit. Initially, the press portrayed him as a conspiracy enthusiast, but then the 2008 Global Financial Crisis happened, and the role of short sellers was taken more seriously.

By this point all of the defendants have settled with Overstock out of court: for instance, in 2016, Merrill Lynch Professional Clearing Corp.,the last defendant in Overstock.com’s longstanding market manipulation case, settled Byrne’s claims by paying $20 mln to his company.

“Patrick, I need you to know that you are the most hated man I’ve known in my entire life. You used to be kind of a golden boy here on Wall Street, but now you can kill people and we wouldn't hate you like we hate you in this town”, Byrne quotes a “well-regarded hedge fund manager in New York”, before kicking off his lecture at Bitcoin 2014 conference. He smiles when he recalls that meeting, taking those words as “high praise”.

In 2009, Overstock delivered its first annual profit of $7.7 mln and has been profitable ever since (with the exception of 2011, when the company confused its customers with unfortunate rebranding strategy).

In 2014, Overstock.com became the first large stock company to accept Bitcoins through a partnership struck up with Coinbase. As Byrne recalls in an interview with Business Insider:

“We were the first. The largest company accepting Bitcoin then was a $800,000 a year restaurant diner in Western Australia. We stepped up and started taking it — we were $1.4 billion. So I like to think we saved that community about five years in their adoption cycle”.

The transition was partly accidental: in December 2013, Byrne mentioned to a journalist that his company might start accepting Bitcoin. “I said it off the top of my head”, Byrne admits. It was important for him that prior to that conversation – in November 2013, “the feds said that they weren’t gonna redlight [Bitcoin]”. Soon after the interview, he started seeing media outlets from all over the world reporting on Overstock’s potential move. That provoked him to swiftly contact Coinbase, and, in a matter of few weeks, Overstock.com went live with the Bitcoin payment option.

Byrne, being a “scourge of Wall Street” and a self-proclaimed Austrian economist “by background and inclination”, picked up on the idea of a decentralized currency. “When I first heard Bitcoin it reminded me of my feelings about gold”, he recalls. The eccentric businessman went as far as dubbing Bitcoin as the only rescue from the approaching “zombie apocalypse” and handing out Trump-esque “Make Bitcoin Great Again” red caps to his interviewees.

The initial payoff after accepting the cryptocurrency seemed to be worth it. “The implementation pays for itself a hundred times just by the press”, Byrne claims. The cryptocurrency community was also there to appreciate the transition:

“Bitcoin users started to come to our site and buying a set of pillows or a bed just to show their support. We sold few hundred thousand just in two days after getting live”.

Due to his politics and blunt, brave predictions, Byrne quickly became an important player in the crypto world. Overstock shares have trended significantly closely to BTC price ever since Byrne became part of the crypto crowd. For instance, Overstock's stock rose four times between July and December of 2017 as Bitcoin grew more than 7-fold, and closed the year with an approximate gain of 200 percent.

Company performance was so impressive that rumours about its main rival, e-commerce titan Amazon accepting Bitcoin started to emerge. At some point, Overstock’s success inspired a Nigerian businessman Emmanuel Olorunisola to launch a similar service in his country. “I stumbled on Overstock.com and saw a wristwatch selling for $28 and I was excited and decided to place an order”, he recalls. His site went even further, accepting only cryptocurrency.

However, such reliance on Bitcoin works both ways: in January 2018, when Bitcoin shedded 50 percent of its value in little under a month, Overstock’s company valuation fell 11 percent ending with a value of $1.8 bln thanks to the roughly $200 mln loss.

In August 2017, Overstock announced it would be holding on to half of all Bitcoin payments as an investment. Previously, the company held from 5 to 10 percent for that purpose. In an accompanying earnings call, Byrne mentioned that around that time, the company received about $50,000 in BTC payments each week.

“Now we only transfer 50 percent and the rest we keep in Bitcoin. And then periodically, we do — we have cashed in Bitcoin and made $5 mln, somewhere like that”, Overstock’s CEO told Business Insider. The company’s policy with the Bitcoin it receives from their online store is to keep half, and turn the other half into dollars.

While Byrne admits that Bitcoin is used in only a fifth of 1 percent of all Overstock sales, he says that he didn’t anticipate that share to be significant. Instead, he merely wanted his technology team to get familiar with cryptocurrency and the technology itself.

Ravencoin launched rather quietly on January 3, 2018 with a modest 4-page whitepaper and was first mentioned on Bitcointalk.org on Jan. 14 in a post that described its launch as containing “very little info regarding the future of the project,” but that “since then, several community members have learned that there is an active development team on this coin.” According to Bruce Fenton, a Board member of Medici Ventures (a wholly owned subsidiary of Overstock.com), Byrne had become interested in Ravencoin since he told him about it “at a diner in Boston”.

Blockchain before Bitcoin (and business)

Byrne dodges the “Bitcoin Messiah” label, which Wired used to headline a profile on him in 2014. For Overstock’s CEO, Blockchain is more important than the currency behind it. “Blockchain is a machine that generates trust”, he says explaining why he is trying so hard to make it a mainstream technology. Therefore, in 2014 Byrne launched a venture capital firm within Overstock called Medici Ventures that uses company’s money to invest in Blockchain startups.

The most prominent Overstock’s crypto subsidiary is tZero. Its essential purpose is to eliminate brokers and compete with traditional stock exchanges — just as Byrne always dreamed.

“If you have a stock brokerage account and call your broker you’re paying 15 dollars to execute a trade. That 15 dollars is feeding a lot of mouths all through the plumbing. Well that plumbing can be eliminated and you have a much simpler system that is robust and 80 or 90 percent cheaper. And, most importantly, all kind of mischief that goes on in Wall Street can’t go on here”.

Last fall, Overstock’s shares had jumped almost 20 percent with the news that it will develop an alternative Initial Coin Offering (ICO) token trading platform, a three-way partnership between majority-owned subsidiary tZero, Argon and RenGen. The retail giant’s share price hit its highest level since 2014 at $29.85, capping several years of slowly increasing dividends. The platform’s concept was designed to be wholly in-keeping with regulatory requirements in the US — an important point for Byrne, who has been positive about the US Securities and Exchange Commission’s (SEC) attempts to regulate the industry:

"I'm actually quite supportive of the SEC cracking down. The ICO craze this year has led to a lot of people being fleeced. There's been a lot of people bringing coins public with no business plan."

Ironically, SEC started looking into tZero as part of its overall cryptocurrency probe, and the company saw its share price drop around 10 percent.

Byrne latest project is a collaboration between Overstock subsidiary Medici Ventures and Hernando de Soto, a well-known Peruvian economist. At the end of 2017, they partnered to create a new land registry venture called DeSoto to leverage Blockchain technology as a way to transfer rights and make ownership records harder to forge.

DeSoto intends to launch a pilot system in early 2018. Byrne told the Financial Times that he has "a great moral obligation” to refocus his life around this. And that includes selling Overstock, either partly or entirety, as the new venture could really use that money.

"One of the possibilities is I sell the business and we have all the capital we need," Byrne said.