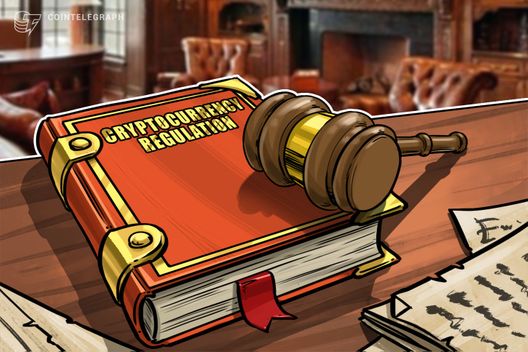 A legal framework for cryptocurrencies has come into effect by royal decree in Thailand, bringing them under the aegis of the country’s SEC.

A regulatory framework for cryptocurrencies has come into effect by royal decree in Thailand, the Bangkok Post reported Sunday, May 13.  The 100-section law, published yesterday in the country’s Royal Gazette, defines cryptocurrencies as “digital assets and digital tokens,” and brings them under the regulatory jurisdiction of the Thai Security Exchange Commission (SEC).

The Bangkok Post quotes Thai Finance Minister Apisak Tantivorawong as saying that the new measures are not intended to prohibit cryptocurrencies or Initial Coin Offerings (ICOs). The Finance Minister’s position reiterates that of the country’s SEC, which has been broadly supportive of ICOs, as long as they are regulated.

With the royal decree now in force, sellers of digital assets or tokens must register with the SEC within 90 days. As per the Bangkok Post, failure to do so carries a penalty of up to twice the value of the unauthorized digital transaction, or at least 500,000 baht (about $15,700). Noncompliant sellers could also face a jail sentence of up to two years.

The Finance Ministry and SEC will now expand the framework and require all domestic crypto exchanges, as well as independent crypto brokers and dealers, to register with relevant authorities as stipulated by the royal decree.

Minister Tantivorawong emphasized that the measures focus on investor protection, as well as preventing the use of cryptocurrencies for criminal activities, money laundering and tax avoidance.

The decree has undergone several revisions since it was first introduced in draft form this March. Pending the finalized regulations, uncertainty caused the Thai central bank to prohibit domestic banks from crypto trading and investment in February of this year. That same month, regulatory uncertainty also caused the Thai Digital Asset Exchange (TDAX) to halt ICO trading and registration temporarily. Crypto exchanges themselves have meanwhile been allowed to operate freely. In late March, the Ministry announced its long-awaited finalized tax framework for cryptocurrencies.