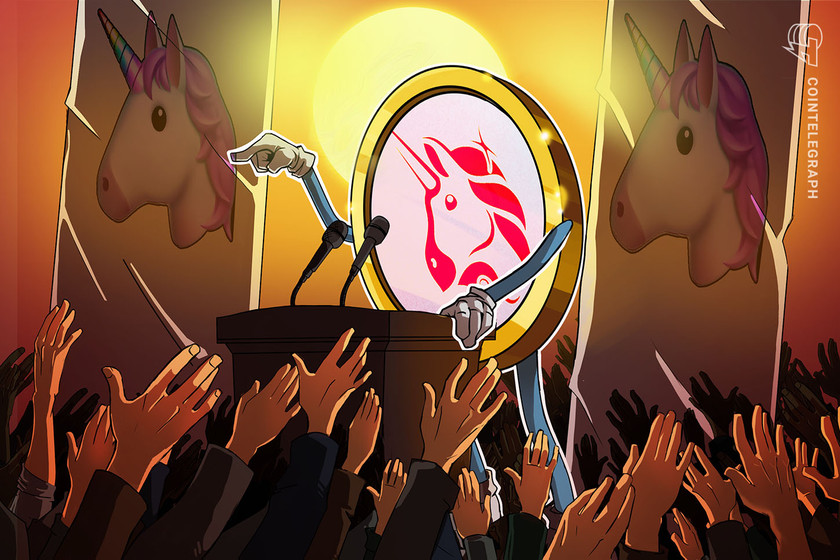 New data shows that one month after SushiSwap’s vampire mining attack Uniswap is the real beneficiary.

SushiSwap is widely thought to have syphoned liquidity from Uniswap but new data from Flipside Crypto, a cryptocurrency on-chain analytics resource, suggests that the decentralized exchange’s launch mechanism actually benefited Uniswap by bringing new money into its liquidity pools.

In order to facilitate this transaction, users who provided liquidity to certain Uniswap pools received SUSHI as a reward if they chose to migrate to the platform on Sept. 8.

By Sept. 9, more than $800 million in liquidity was migrated to SushiSwap, leaving Uniswap with just over $400 million in total value locked.

While SushiSwap earned a bad reputation from its launch strategy and other mishaps like its lead developer Chef Nomi liquidating $14 million worth of Sushi tokens on the spot market, the project seems to have actually been beneficial to Uniswap’s bottomline.

The schism between the two exchanges eventually brought in new liquidity and forced the project to launch its own token in order to remain competitive.

According to Flipside Crypto, much of the liquidity that entered Uniswap during the SushiSwap launch appears to have come from new users and additional funds deposited into the liquidity pools in order to receive SUSHI rewards.

Initially, liquidity providers who elected to migrate were probably impressed with the strong performance of SUSHI token but Chef Nomi’s unexpected rug pull negatively impacted the price. A few weeks later Uniswap’s UNI token was launched and all this new liquidity was captured by the exchange. 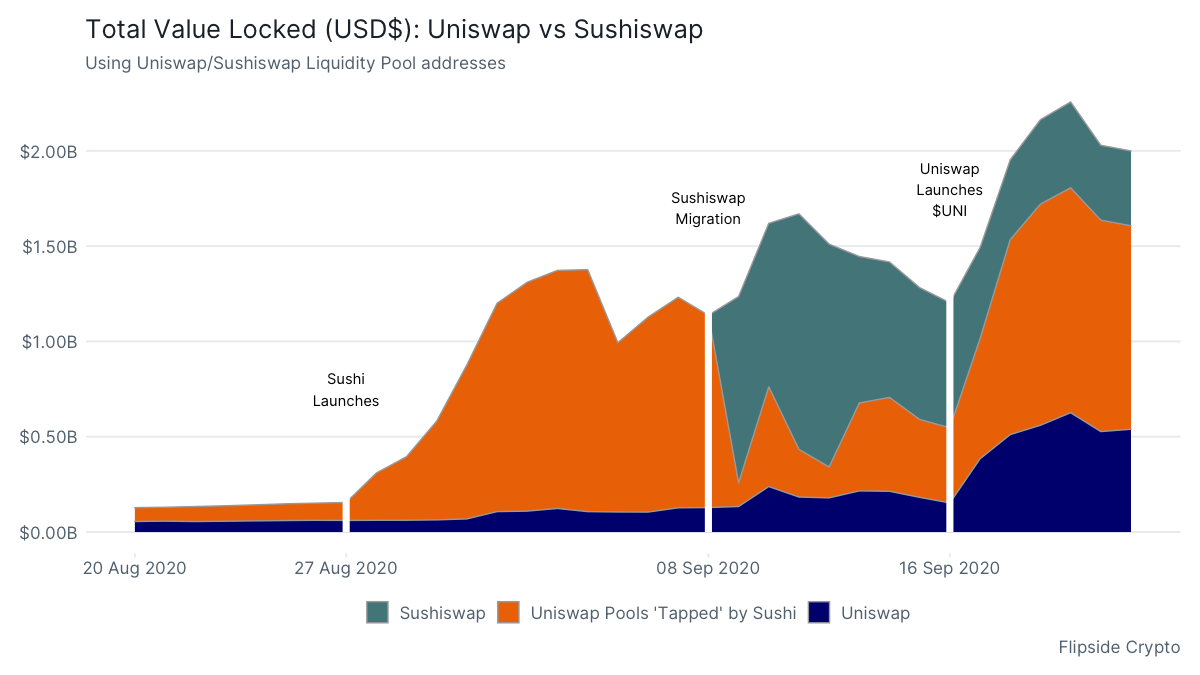 The way that UNI launched may have also contributed to the increased inflow to its liquidity pools. Uniswap’s suprise airdrop distributed 400 tokens to users that provided liquidity before Sept. 1 most recipients likely exchanged the tokens for Ether or used the funds to provide liquidity to other asset pools listed on Uniswap.

Something may be fishy about SushiSwap

SushiSwap was able to attain short-lived success despite its controversial launch. However, the red flags mentioned earlier appear to have damaged the DeFi community’s confidence in the project.

Even though Chef Nomi returned the $14 million in Ether and the project was taken over by FTX exchange CEO Bankman-Fried, the DEX continues to see its volume decline.

These issues, along with the current bearish altcoin market resulted in SUSHI price dropping from it's all-time high at $9.85 on Sept. 1 to $1.24 a month after launching. Meanwhile, UNI is trading around $4.34, after dropping roughly 76% from its record high at $7.66.

Given that governance tokens are not meant to accrue value and the token has limited use cases outside of yield farming and providing certain holders with voting rights, it is unclear if it will follow the steps of its vampire clone.