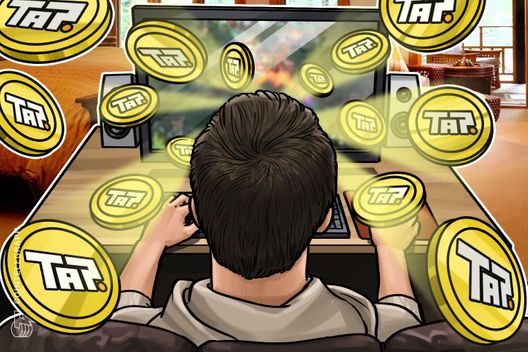 While implementing its own utility token that allows gamers to convert their in-game currencies into cryptocurrencies, the Tap Project has applied for a patent on the converting method. For gamers who are interested in extra earnings, this shows that the project is acting seriously and intends to fully disclose and release their system, method and conversion mechanism publicly. The project also plans to release its MVP in June 2018.

As Cointelegraph reported previously, the Tap Project plans to alter the online gaming inner economy by introducing an in-game cryptocurrency, the Tap coin. The Tap coin is a utility token that can traverse multiple platforms and be converted to any cryptocurrency or fiat money.  With the Tap coin, gamers will be literally getting paid to play, having the ability to build their wallets and monetize their gaming.

After finishing its crowdfunding campaign with 1400 ETH raised in January, the Tap Project is moving towards introducing its new in-game currency to the gaming community.

On April 5, 2018 the project team announced a patent application that describes the method for additionally secured exchanges between servers, digital assets such as skins, environments, currencies, and non-fungibles, and the Blockchain. This defines the transactions between gaming platforms, user devices/wallets, distributed ledgers, the Tap Platform and the Software Development Kit (SDK).

According to the team’s blog, the publication of a patent application can grant the applicant certain provisional rights to the technology therein. “If a patent is granted, the applicant can receive a reasonable royalty for infringing activity occurring from the date of publication of the patent application to the issue date of the patent,” says the text.

According to the updated roadmap, in Q2 2018 the Tap Project anticipates the launch of its MVP, along with other technical features. These include Unity and Unreal Plugins, POS Drip Bonus, Platform APIs, Smart contract Core, Exclusive Platform Game releases and high level backend fixes and developments.

Earlier, on March 25, Tap Project released news on its Medium blog regarding the introduction of the Tap coin wallet, highlighting the security issue.

“We have implemented a smart contract recovery system that will allow users to freeze their wallets if they have been compromised and initiate an exportation of their tokens to a backup address that was used upon sign up,” says the text of the announcement. Additionally, similar to My Ether Wallet (MEW), the Tap Wallet doesn't house the user's private keys. The Tap Wallet will support any ERC-20 token.

The MVP is set to be released in June, so summer gamers will finally be able to play, convert and transfer Tap coins. The project team also intends to provide further wallet announcements, airdrop s and referral program details on their telegram channel.

Along with all this news, the Tap Project has also updated its logo, brand, imaging and visionary direction.