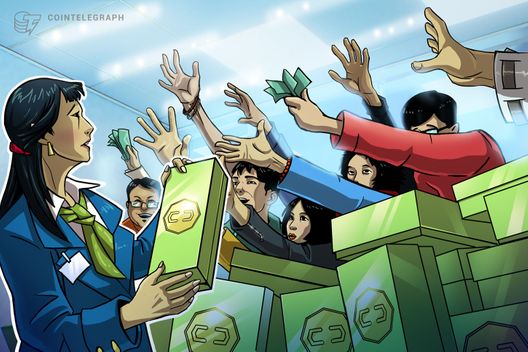 South Korea has taken big steps in legitimising crypto exchanges and blockchain making a better environment for the users through more regulation.

South Korea’s relationship with the cryptocurrency industry has ebbed and flowed over the years. There has been a blanket ban on ICOs, set in September 2017, as well as strong rumours in January — that were eventually dismissed — that cryptocurrencies in their entirety would be banned.

However, things have warmed up in the Asian country with talk emerging that South Korea is now looking to lead the way in the fourth industrial revolution. South Korea’s government seems to have realized how much potential there is in the blockchain and cryptocurrency space — catching up with its citizens, who contribute a large portion of the global cryptocurrency trading market; it was reported that South Korea processed over 14 percent of global Bitcoin trades in July of last year.

The change in attitude from the government, however, has come with heavy regulations and rules in the use of cryptocurrencies.

Some notably harsh regulations that they have put upon the crypto space in the past include:

However, they have also acted positively by:

The latest move from South Korea has seen them essentially reclassify cryptocurrency exchanges as legal entities. The new draft, which adds a lot of legitimacy to the blockchain space in the country, now classifies exchanges as “crypto asset exchange and brokerage.”

This is an important redefinition because it “recognizes crypto exchanges as regulated financial institutions,” as opposed to their previous classification as “communication vendors.”

Of course, looking at cryptocurrency exchanges as legal entities sounds extremely positive for the space in the country, as they are now viewed by the government as legitimate legal entities that are afforded many protections and assurance. But, they are also becoming subject to many more legal rules and regulations.

This would appear to be a positive step for the everyday customer of exchanges, as they have had to suffer with a number of issues that come with an ecosystem that has been plagued with problems — including hacks and fraud allegations. But, looking at the way in which the government has moved through the blockchain space, it is unsurprising that they have made this latest regulation in regards to exchanges.

Andrew Lim, the president of South Korea Blockchain, a blockchain marketing and PR company, told Cointelegraph that it was more a case of when, not if.

“Classifying all things blockchain was to be expected, especially when it comes to the exchanges and the critical need for regulations. It wasn't too long ago when you could open a cryptocurrency exchange with a "mail order distributor" license in Korea. There were hardly any regulations in place and the platforms they built the exchanges on were unbelievably insecure.”

A look back at how things were before in Korea also sheds a lot of insight into why things are heading the direction they are now with the latest regulations.

Lim goes on to explain just how rouge things were before the government began stepping in to try and secure the exchanges in South Korea:

“Recently, I sent out a warning to investors about leaving their crypto assets in exchanges and a few hours later, Bithumb was hacked! I still remember a seminar at a law office involved in policy making, and the speaker saying that the exchanges were not liable if hacked or their data was breached.”

“It was absolutely insane that people were leaving hundreds of millions of KRW (South Korean won, which is equal to hundreds of thousands of dollars – nrd) in these exchanges. It truly was the wild, wild east — ripe for hackings and fraud. Classifying them as legal entities and having them under stricter supervision was inevitable, and it couldn't have come any sooner.”

Moves such as legalizing remittance in Bitcoin and allowing fintech companies to process up to $20,000 worth of South Korean won in Bitcoin for users were unprecedented at the time and seen as quite forward thinking.

But the trade-off for this was that the regulators had a way in when it came to getting the exchanges to play by the rules. By allowing remittance, the exchanges in South Korea were now tied to the Financial Services Commission (FSC). They required capital of at least $436,000 to be retained, plus data processing facilities for Know Your Customer (KYC) and Anti-Money Laundering (AML) in order to get the watchdog’s approval.

With the government now getting itself entrenched in the cryptocurrency market of South Korea, it learned along the way which aspects required a hardline approach and which needed support for the innovation to grow.

A blanket ban, in the same style as China, was imposed on ICOs in order to try to stop the scams that were becoming obviously prevalent in this space. It also focused in on the anonymous nature of digital currencies by banning anonymous trading.

These big hits on the cryptocurrency market in South Korea had many wondering if there was not a full and total ban on cryptocurrencies in the works. In fact, the rumors got so big that 200,000 people petitioned against it in January. This led to the Blue House — the location of the head of government in the country — having to come out and dismiss the rumours.

It has become clear that the South Korean attitude toward cryptocurrencies in terms of their government has changed substantially. It is not simply that they have gone from hating it to loving it, it’s that they have decided to get their hands dirty and mold it into a workable space in the country that can help them be at the forefront of the fourth industrial revolution.

The change in attitude is most obvious when one looks at how they have reversed the ICO ban recently, with Hong Eui-rak of the ruling party of Korea saying of the legislation that put ICOs back on the market in early May:

"The primary goal of the legislation is helping remove uncertainties facing blockchain-related businesses."

The South Korean special committee tasked with moving forward the fourth industrial revolution also gave some insight into what the goal is with the cryptocurrency regulation on May 29.

Furthermore, there have been additional signs that point towards this change in attitude.

Exchanges in the headlights

Now, the latest legal draft from the government involving the blockchain space is focusing on new categories for blockchain and, especially, cryptocurrency exchanges, putting them up next as the sector that needs to be dealt with.

On face value, exchanges are now recognized as legal entities, and this is major because it is an admission from the government that they recognizing the ecosystem as a legitimate one.

But this move is a double-edged sword for exchanges, who have already jumped through a number of hoops in the government's progression toward regulating blockchain and cryptocurrencies.

The Head of Operations Korea at EOS Asia, John Yoon, noted to Cointelegraph that the primary focus of this reclassification seems to be aimed at exchanges and the transactions that they produce:

“[The new classifications] will come out maybe at the end of the month or early August, from what I hear. Cryptocurrency exchanges and transactions will be the key issues, as most Koreans are having issues on Bithumb and Upbit, when it comes to exchanging and depositing/withdrawing.”

Yoon goes on to explain that this move from the government is clearly positive for everyday users of the exchanges — because of the difficulties already felt when depositing and withdrawing — but also points out that the exchanges will be heavily monitored now.

“[The exchanges] will be constantly monitored for their level of security and to make sure everything is on the up and up. For customers, it will be great, as it will open up more opportunities to invest in crypto.”

The Korean ministries have been working since the end of last month to produce the final draft of a new blockchain industry classification scheme, which is expected by the end of July. It is, of course, expected that the protection and recognition that comes with these new classifications will be beneficial for exchanges in the long run, but they will also be held to harsher rules and regulations.

The South Korean move could be compared to the way in which Japan is looking to sort out its issues with exchanges — especially in the light of two major hacks in Tokyo, that of Coincheck on January 26, 2018 and Mt.Gox on February 7, 2014 — with their Financial Services Authority (FSA)  investigating exchanges and issuing business improvement orders.

Japan is looking for its exchanges to perform to the desired standard of the government and regulators, much like the Korean government. However, in Japan, there was a backlash from these harsh regulations — as some exchanges decided to go out of business, while the heads of Bitflyer and Bitbank quit the Japan Virtual Currency Exchange Association (JVCEA) after also receiving these orders.

However, Yoon does not think the backlash will effect the Korean exchanges as much, he actually expects this regulation to stimulate the growth of more exchanges.

“I don't think any [exchanges] will fight against it. Actually, there might be more created. Once regulations are up, I expect to see the number of exchanges double — or even triple — by the end of the year.”

It is not only the people in charge of exchanges and the customers who have been waiting for direct regulation. Yoon also explains that many businesses that operate with or around cryptocurrencies have been somewhat in limbo, not sure which direction the South Korean government would go with their regulations. But now, they have a defined outline.

“There are many banks here that are in a wait-and-see mode. A lot of Korean companies are going to Singapore and other [places] to do their ICOs, so the Korean government is acting fast to incorporate these regulations.

Companies that have blockchain businesses in South Korea seem happy to see regulation coming in, as it spells a better future for the space.

“This is another step in the journey of legitimizing the asset class by providing regulatory framework for facilitating value exchange of digital assets, in one of the most leading geographies in the space,” Agada Nameri, General Manager of iCapital, told Cointelegraph.

Additionally, Uriel Peled, co-founder at Orbs, suggested to Cointelegraph: “Korea has the potential to become the ‘blockchain nation.’ If these government initiatives go hand-in-hand with training blockchain engineers, Korea is in a unique position to become the global leader in blockchain.”

There looks to be a battle every time regulators step into a new space — as is being seen in Japan and now in South Korea, with these new classifications changing things for exchanges. As crypto businesses begin to come under more scrutiny, they are faced with the decision to either better themselves or simply leave the space.

But on a fundamental level, it can only be seen as a good thing. The cryptocurrency space descended into a ‘wild west’ situation because there was no control, and now that the controls have stepped in, those who want to remain in the space have to up their game and produce a reputable service.

All the while, the act of regulating and making legal exchanges is simply legitimizing the blockchain and cryptocurrency space more, laying a foundation for a healthier environment down the line.