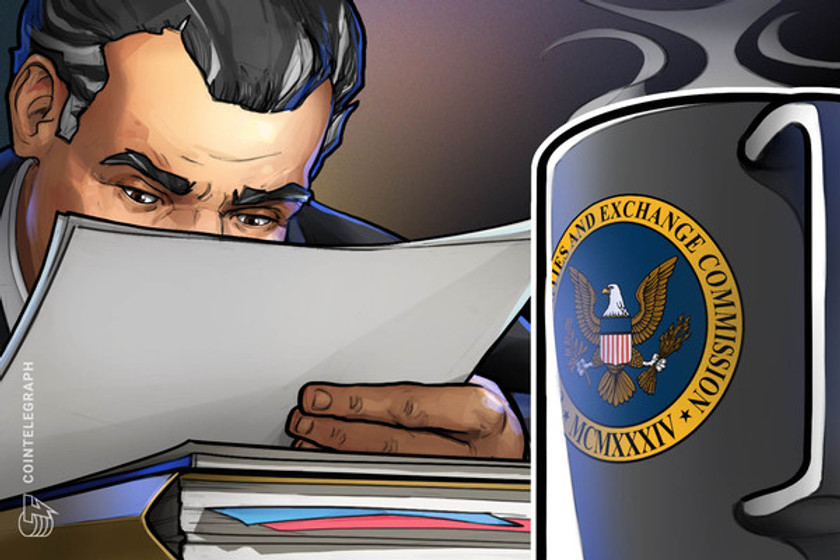 A blockchain company run by an ex-staffer of former Presidential candidate Ron Paul has received a temporary trading suspension from the SEC.

The United State’s securities watchdog has placed a temporary trading suspension on the stock of Vortex Blockchain Technologies until October 6. The Securities and Exchange Commission (SEC) cited confusion over the nature of Vortex’s business operations and the value of their assets as the reason behind the temporary suspension.

Vortex Blockchain Technologies Inc, formerly UA Granite Corporation, has been developing a variety of applications in the cryptocurrency space. Its activities reportedly include cloud mining, blockchain hardware and software development, and a cryptocurrency wallet and exchange.

The company, which has not filed certain periodic reports with the SEC, only started trading publicly in August this year. In 2019, an SEC 10-Q Report stated that the company “has been issued a going concern opinion,” adding:

“[It] relies primarily upon the sale of our securities and loans from its CEO and directors to fund operations.”

In July this year, the CEO and director, Craig Bergman, said in an interview with Forbes that he was quietly mining Bitcoin (BTC) and other cryptocurrencies in order to fund the company’s expenses, while he caught up on filings with the SEC.

Bergman incorporated the company in 2013 and reverse merged it with Vortex Networks, LLC in 2018.

He is the former Political Director for Presidential candidate Ron Paul, who is well known to Bitcoiners as the author of End the Fed, which advocates the abolition of the U.S. Federal Reserve System. The book is popular among the crypto community for its Austrian style economics views about the Fed’s money printer, the importance of hard money and the end of the gold standard. In 2014 Bergman made his own documentary Unfair: Exposing the IRS which demonstrates a similar distaste of the financial authorities.

Vortex is far from the first publicly traded company to receive a trading suspension from the SEC due to their cryptocurrency-related activities. In 2017, the SEC also suspended trading for Nevada technology company CIAO Group for its plans to hold an initial coin offering (ICO).