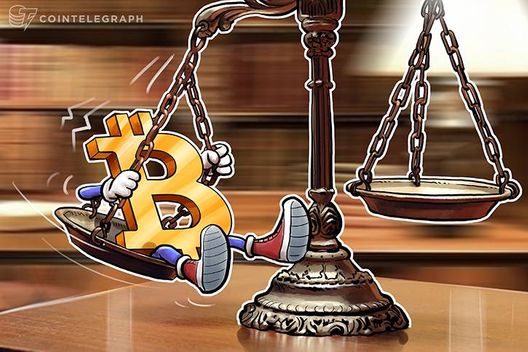 The Russian Supreme Court has ordered the St. Petersburg City Court to hear an appeal to a ban of a Bitcoin-related website, which was ordered in summer 2016.

The Supreme Court of Russia has ordered the St. Petersburg City Court to consider an appeal to the ban of a cryptocurrency information website, Russian Legal Information Agency (RAPSI) reported April 20.

In summer 2016, the Vyborgsky District Court of St. Petersburg granted the application of the Prosecution Office and blocked Bitcoininfo.ru website. The court found that information on the website about digital currency Bitcoin, which represents a “virtual payment instrument and a store of value”, to violate the Federal Act “On the Central Bank of the Russian Federation (the Bank of Russia)”.

In July 2017, the Oktyabrsky District Court of St. Petersburg ordered to block 40 websites containing information about cryptocurrencies, claiming they “contribute to the growth of the shadow economy” and that free distribution of information about digital currency causes “high use of cryptocurrency in the trade of drugs, weapons, forged documents, and other criminal activity." In March 2018, the St. Petersburg City Court reviewed the appeal and discharged the decision, ordering the websites to be unblocked.

Earlier this week, the Russian government banned the popular messaging app Telegram. Communications watchdog Roskomnadzor attempted to enforce the ban by blocking nearly 20 mln IP addresses, but many users report that the app still functions. Other websites and services have been affected however, including Microsoft updates, Xbox Live, and the website of Roskomnadzor, the agency charged with implementing the ban.

As Theta Mainnet 2.0 Launches, What’s Behind its Massive Rally?