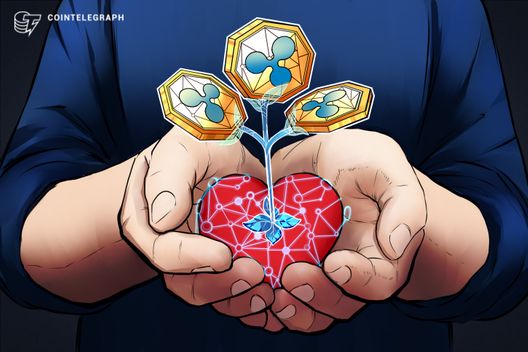 Ripple is launching a formal social impact program that will invest a total of $105 million in projects focused on education and financial inclusion.

Ripple is launching a formal social impact program, dubbed “Ripple for Good,” according to a press release published September 27. The initiative will pool $25 million from the firm together with $80 million in donations to invest in projects focused on education and financial inclusion.

The press release states that Ripple is still assessing which projects will form a part of their initiative, but that the choices are likely to focus on educational programs in the fields of Science, Technology, Engineering and Mathematics (STEM) and financial technology (FinTech).

The firm says it believes education to be “the key driver [...] [that will] encourage broader understanding, adoption and innovation across business, finance, computer science, policy and more.”

Ripple has already contributed to blockchain, crypto, and fintech education by donating $50 million to 17 universities globally as part of its University Blockchain Research Initiative (UBRI), which launched in June of this year.

Ken Weber, Head of Social Impact for Ripple, has today outlined the broad vision of the initiative, singling out global financial inclusion as its cornerstone aim:

“We will work to help ensure that innovations in banking and global payments are available everywhere to everyone, among unbanked and underbanked populations and in economies and economic sectors that serve the greater good.”

Ripple for Good will reportedly operate in collaboration with RippleWorks, an existing non-profit that connects social ventures and volunteers with expertise in diverse fields, and counts Ripple executive chairman Chris Larsen as a co-founder. RippleWorks has to date reportedly “worked on 70 projects in 55 countries.”

One high-profile Ripple investor, actor Ashton Kutcher, made headlines with a charitable bid this spring when he donated $4 million Ripple (XRP) to Ellen Degeneres’ Wildlife Fund, which was established to support global conservation efforts for critically endangered species.

Other major charitable initiatives in the crypto space this year have included the non-profit initiative GiveCrypto.org, which was launched by CEO of crypto exchange Coinbase Brian Armstrong this June. The project aims to distribute donated funds through “direct-cash transfers in the form of cryptocurrency,” and “provide universal access to an open financial system.”