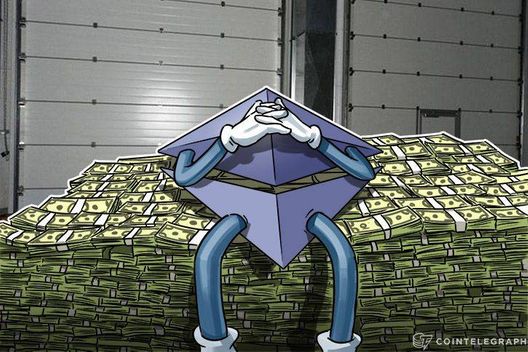 Alexis Ohanian, a co-founder of Reddit, said that he predicts the price of Ethereum (ETH) will reach $15,000 in 2018, Fortune reports May 2.

Ohanian, who now works full-time at a venture capital (VC) firm Initialized Capital, said in an interview, “At the end of the year, Bitcoin will be at $20,000. And Ethereum will be at $15,000. Great, now people can call me out if I’m wrong.” He said that he’s bullish on ETH because “people are actually building on it.”

Should Ohanian’s prediction prove true, the ETH market cap would soar from $67 bln to nearly $2.5 trln, while Bitcoin would recover to last year’s record high price and market cap of $340 bln.

Ohanian’s firm Initialized Capital has more than $250 mln assets under management and has invested in major cryptocurrency exchange Coinbase. Ohanian said in the interview that investing in emerging and innovative technology is a priority for the company. He added that blockchain, while promising, will require one to two years to reach its true potential:

“This year, it’s all about blockchain. Most of it is just hype and BS, just like how it was with [artificial intelligence] and [machine learning]. Most of the really vital, protocol-level, basic infrastructure around software and blockchain will need to get built in the next year or two for us to really see the Web 3.0 we’re really hoping for… These are the types of things I think will build the foundation for a very different, much better Internet.”

Ohanian sold Reddit to publishing house Conde Nast in 2006 for an undisclosed figure between $10 and $20 mln.

In April, CEO of independent financial consulting firm deVere Group Nigel Green predicted that the ETH price would reach $2,500 by the end of 2018. Green says the fourfold increase would come as a result of growing adoption of ETH as well as the use of smart contracts.