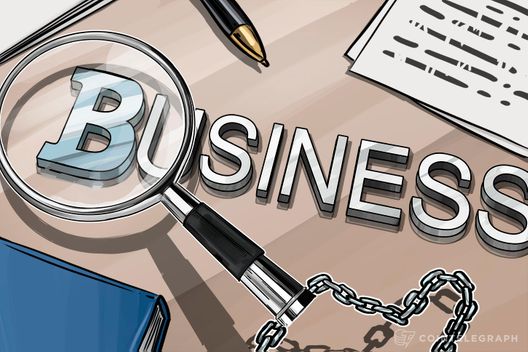 Proxeus, IBM Switzerland, and other partners prove the ability of Blockchain to register businesses faster than the traditional system.

Blockchain workflow engine and generator Proxeus and technology company IBM Switzerland have shown how to register a Swiss startup entirely on Blockchain in a “fraction” of the time traditionally required as part of their entry in the digitalSwitzerland challenge, Proxeus told Cointelegraph.

Proxeus, described as the “WordPress for Blockchain,” raised $25 mln in two days during their mid-February Initial Coin Offering (ICO) for their XES token. The company aims to make Blockchain technology accessible to the public, as users without any programming knowledge can use drag-and-drop tools to create their own Blockchain applications.

The idea for Blockchain company registration came after Switzerland was ranked 54th and 56th respectively for the time and number of steps to start a business in a World Economic Forum (WEF) ranking of 138 countries, due to an excess in both the number of players involved and the physical paperwork required.

Proxeus and their partners’ entry for the digitalSwitzerland challenge shows how the normal process with the “entrepreneur, lawyer, bank, notary and commercial register” can be turned into a digital workflow.

This is achieved by using the IT systems in the bank and commercial registry already in existence with the Hyperledger Blockchain and a smart contract, meaning that “key steps can be processed instantly,” resulting in a “record setting achievement” of time for registration.

Antoine Verdon, cofounder of Proxeus, said that the company joined the challenge – which aims to implement “innovative concepts and crazy ideas” in Switzerland – because it “offered a perfect proof of concept for Proxeus:”

“The existing system was slow and inefficient. We have proposed a solution that allowed us to radically speed up the registration process by creating a parallel [B]lockchain track, while still producing all the paperwork necessary to document and formally incorporate the company.”

“The process will speed-up the registration from a pushcart to a rocket, facilitate the drafting of legal documents and it will consolidate the various parties in a most effective way.”

CTO Europe Team & IBM Research, Cognitive Industry Solutions Ulrich Schimpel said that the “major reason” that IBM participated in this challenge was to “embrac[e] a digital transformation” because:

“In the big scheme of things, reducing the complexity and duration of all administrative interactions throughout the entire corporate life-cycle has the potential to strengthen Switzerland’s position as a world-leading business location.”

According to Verdon, this successful test has also shown the possibilities for the future impact of smart contracts for businesses:

“This is what Proxeus has been working towards. What we demonstrated today is that without any legislative change, traditional paper-driven, highly iterative processes can be transferred to the [B]lockchain securely and effectively, increasing efficiency and dramatically lowering costs. But incorporating a company is only the first step: by tokenizing company shares and connecting them with crypto-identities, we will be able to automate entire areas of corporate law and financing.”

Proxeus also notes that they carried out an analysis of 477 ICOs from March 21, 2016 to March 27, 2018 in order to see which ones could be used on the Proxeus platform. The analysis found that 68 percent of the ICOs’ project could be partially or fully replicated on their platform, and “direct analogues of the 39 percent of the analyzed projected” could be completely copied using the XES token.

Cointelegraph published an Expert Take in February about Switzerland’s new role as a “crypto nation,” due to its “balanced approach” to handling ICOs and its favorable tax laws.