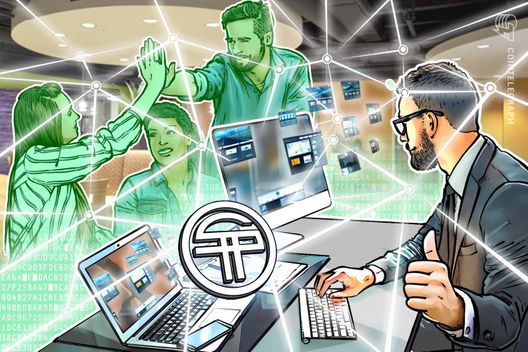 A company says its smart contract for advertising will ensure businesses are not “misled by underperforming publishers or affiliates.”

A company is creating a smart contract for advertising which it says could potentially ease two major issues that are plaguing the flourishing industry: fraud and a lack of transparency.

SaTT stands for Smart Advertisement Transaction Token, and it has been created by Atayan Inc. Its team believes blockchain could help ensure advertisers are “not be misled by an underperforming publisher or affiliate that does not meet their expectations.”

The platform wants to help the industry “scale up in a more positive, transparent way” by allowing a campaign’s criteria – such as the age and gender of viewers or the number of people an ad must reach – to be woven into a smart contract. Publishers would only be compensated when all these requirements have been fulfilled, with computer programming eliminating the risk of human error and tampering.

Through SaTT smart contracts, the project hopes it will be possible for advertisers to measure performance using metrics beyond impressions and clicks. For example, they would be able to gauge what the reaction on social media platforms has been to the posts linked to a campaign.

SaTT says its infrastructure could help reduce fraud among all parties involved in digital advertising – and this means publishers have something to gain too. It is hoped that payment delays and miscalculations in compensation would be greatly reduced through its smart contracts, and there would be less chance of statistics being manipulated to make a campaign look like it has performed better or worse than it actually did.

The smart contract in action

In its white paper, SaTT says advertisers are going to benefit from a “simple, fast and powerful tool” which will help them establish the best communication medium for their message and discover publishers who will give them the greatest reach and engagement levels.

Businesses that wish to launch a campaign would begin by purchasing SaTT tokens, outlining their objectives and the compensation on offer if these targets are met, and selecting which publishers they want to participate. From here, the progress made towards reaching these goals would be automatically checked and validated by something known as an “oracle” – an example of which could be Google Analytics.

Publishers would benefit because they would receive instant payment as soon as they have fulfilled a campaign’s requirements, a far cry from the weeks and months it can take to receive remuneration from an advertising agency. The SaTT tokens they receive can either be exchanged for cash or used to make purchases on a platform known as PayBySaTT, where they would enjoy “exclusive” products and events.

Built by an established company

The founders of SaTT and Atayen Inc, Gauthier Bros and Stephanie Clement, have been app developers for Facebook since 2008 – and in the main, their business has focused on creating apps that help businesses connect with their customers. Examples include contact forms, sharing tools and automatic newsletters.

Atayen says that it has thousands of paying clients, and its apps are on millions of pages in more than 120 countries. Some of the most notable brands which rely on its apps include Ikea, Disney, Dove, Tesla, Starbucks, Apple, Netflix, Amazon and Nike.

The SaTT smart contract for advertising is set to launch in November 2018, and in the months before this, the company plans to start developing “oracles” which will allow advertisers to keep track of how their campaigns are progressing.

Its presale was successfully completed in less than 24 hours. SaTT’s initial coin offering is taking place in six steps from May 1 to July 1, and a bonus is being issued to investors who make contributions earlier on in the process.