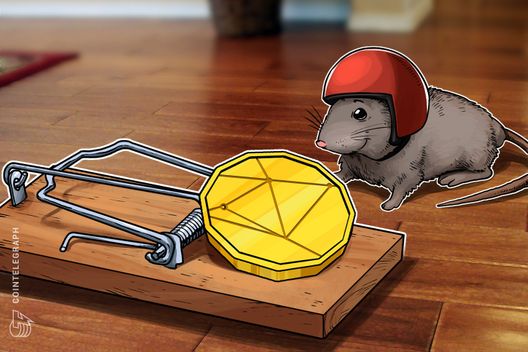 Polish financial watchdog seeks contractors for a social media campaign against cryptocurrencies, the latest in a series of government led anti-crypto moves.

Poland’s Financial Supervision Authority (KNF) is conducting a social media campaign about the risks of investing in cryptocurrency, according to a May 10 post on the KNF’s website. KNF has placed a tender order of 615,000 zloty (around $173,000) to plan and conduct the campaign, which focuses on the risks associated with cryptocurrencies, pyramid schemes, and forex trading.

The KNF’s recent initiative is evidently part of a larger anti-cryptocurrency campaign led by the country’s authorities. In mid-February, the Central Bank of Poland admitted to funding a $27,000 anti-cryptocurrency campaign that specifically consisted of a YouTube video – with no indication that it was sponsored content – about a man who lost all his money in crypto trading.

The Central Bank of Poland and the KNF have also partnered to make an anti-crypto educational website that explains why “virtual currency is not money” and “cryptocurrencies are not currency.”

Also in February, as a response to the government’s efforts, a small film studio released a documentary about cryptocurrency in Poland, called Krypto, with the declared goal of educating the Polish public facts about crypto and blockchain technology.

The KNF’s official post says it will be accepting applications and proposals for the campaign until May 18, and the campaign will begin in June 2018 and last for 30 days. The KNF’s description of the initiative also mentions the promotion of an app referred to as “KNF Alert”.  According to local news outlet Bitcoin.pl, the campaign will include two 30 second video spots, presumably on television.

Poland’s previous anti-cryptocurrency education campaign was received mainly negatively in the country, particularly due to the lack of transparency around the YouTube video’s sponsorship. Poland’s central bank responded in depth to the criticisms, mentioning the volatility of crypto markets and the use of crypto for cyber crimes as impetus for the video. However, the bank did note that they are not opposed to the development of blockchain technology.

Earlier today, Cointelegraph reported that the Polish Credit Office, the largest credit bureau in Central and Eastern Europe, has partnered with a UK fintech firm to implement blockchain for customer data storage.