Poland Continues its Aggression Towards Crypto, But the Community Shows Force

Poland Continues its Aggression Towards Crypto, But the Community Shows Force 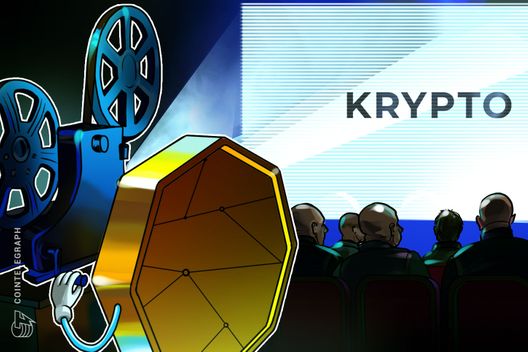 Rhetoric aside, negotiations are in process.

On May 10, Polish Financial Supervision Authority (KNF) held a tender order of 615,000 zloty (around $170,000) to plan and conduct a social media campaign that will focus on the risks associated with cryptocurrencies, pyramid schemes, and forex trading.

That sum is hardly impressive, but represents another gesture against crypto by the conservative Polish government, which has already admitted to its investments in FUD media activities in February. Nevertheless, the local crypto community has stood up for itself in an educational response.

Poland officially recognizes trading and mining of cryptocurrencies, however the state’s overall views toward crypto seemed to become more skeptical in the past months, as a trend of suspicion toward cryptocurrencies in Poland emerged alongside the news about the Bitfinex situation, the government’s rumored interest in Petro, and the dismissal of Anna Streżyńska, the former crypto-friendly Minister of Digital Affairs.

In February 2018, Polish journalists reported that the Central Bank of Poland paid about 91,000 zloty (around $25,000) to produce an anti-crypto video. The video was carried out in conjunction with Polish YouTube partner network Gamellon, Google Ireland Limited, and Facebook Ireland Limited, who allegedly helped to distribute the video.

Dubbed “I LOST ALL THE MONEY?!,” the not-so-subtle clip contained no signs indicating that it was paid for by the government or sponsored at all. A popular Polish blogger, Marcin Dubiela, played a Gucci-wearing, Corvette-riding cryptoenterprenuer who had invested all his money in a single token, and, by the end of the video, had hit rock bottom: wearing shorts and flip flops, he takes fiat coins out of a public fountain.

“There was a product placement deal between NBP and three large YouTube channels: Marcin Dubiel - 937,000 subscribers; Wiśnia - 818,000 subscribers; and Planeta Faktów - 1 mln subscribers. It’s an educational campaign paid from a government-based organization. Someone asked NBP how much they have paid for the campaign, and got an answer.”

Although the video garnered more than half a million views on Dubiela’s channel alone, its effect seems doubtful. Jacek Walewski, the secretary of Polish Bitcoin Association (PBA) told Cointelegraph that the clip failed to stigmatize the perception of crypto among casual users in Poland, as it was “unprofessional and stupid”.

“Central bank hired popular YouTubers among teenagers [for this activity]. But they aren't economic authorities.”

Justyna Laskowska of BitBay, the largest exchange platform in Poland, says that while their service didn’t experience any client loss after the video aired, the official campaign seems toxic for the environment, as it “lacked educational value”.

“We are happy to have over 800,000 loyal users, and thus we did not feel the increase in the number of closing accounts. However, the campaign made by the government certainly scared off people who wanted to learn more about cryptocurrency, and caused an unfavorable atmosphere around it.”

Mature response from the community

On May 6 a small film studio uploaded a documentary on YouTube called “Krypto”, with the declared goal of educating the Polish public with basic facts about crypto and blockchain technology.

The documentary’s director and screenwriter, cryptocurrency and blockchain enthusiast Piotr Pacewicz, told Cointelegraph that he saw Krypto as a “brick [for building] a better world, [one] with a financial system where everybody is equal”.

“My main aim [was to] educate, educate and educate. Because [almost] no one knows the fundamentals about Bitcoin and blockchain.”

Pacewicz says that the production “was cheaper than the NBP campaign”, although he wouldn’t disclose precise figures. To make the film, Pacewicz consulted with Szczepan Bentyn, a local crypto enthusiast and YouTuber who helped him with the contacts.

The NBP-funded video came out around the time Pacewicz started shooting Krypto. Shocked by its propagandistic tone (he referred to the video as “shit” and “a piece of crap” in the comment), Pacewicz held an “anti-fiat campaign” with “funny t-shirts” and continued working on the documentary. Now that Krypto has been publically released, he seems satisfied with the results.

“We decided to publish “Krypto” on YouTube for free and we still received very good feedback. Krypto wasn’t made as a direct response for [that] shitty anti-crypto campaign, but it’s a mature answer [nonetheless].“

At the time of publication, “Krypto” has just over 22,000 views on YouTube.

Rhetoric aside, negotiations are underway

Despite this interchange, Polish Bitcoin Association is currently negotiating with the government on future tax regulations for cryptocurrencies, which are currently non-existent.  The task appears to be even more complex as Jacek Walewski, the head of PBA, argues that Polish politicians don’t understand cryptocurrencies at all:

Nevertheless, local reports show that representatives of right-wing parties in the country, including Alliance and the dominant Law and Justice, seem to favor blockchain and cryptocurrencies. Thus, Wojciech Murdzek of Law and Justice said:

“Regulation of the cryptocurrency market is necessary because of the country’s interests. It is essential that cryptocurrency-oriented businesses remain in Poland rather than move abroad.“

The liberal-conservative Civic Party seems to be supportive of crypto as well, while the leftist party Razem does not seem to have a clear stance on cryptos at the moment, however highlighting that “mining consumes a lot of energy in the era of Climate Change”.

Justyna Laskowska also told Cointelegraph that BitBay representatives “are actively engaged” in discussions with the Polish government regarding the taxation of cryptocurrencies as well, as “misunderstandings and contradictory interpretations of tax regulations” have recently affected their users. After meeting with Under Secretary of State Paweł Gruza from the Ministry of Finance, the exchange moved closer toward reaching a reasonable solution.

“Although one coherent version of the regulations hasn't  been yet established, we can already see a big step forward. The unfavorable way of calculating tax for cryptocurrency traders has been withdrawn.“

On May 21, Poland’s Ministry of Finance announced that it will temporarily suspend tax collection for cryptocurrencies. The Ministry states it will conduct an “in-depth analysis” of the crypto space to inform better regulation and taxation policies going forward. Previously, the Ministry of Finance had released a statement clarifying that taxation for cryptocurrency transactions fell into two income tax brackets of 18 and 32 percent. An additional one percent levy tax due to civil law agreements was also applied, as the agency considered crypto transactions as the transfer of property rights.

The community is ready to cooperate

Jacek Walewski of Polish Bitcoin Association sees regulation as inevitable but by no means a positive development:

“I think that cryptocurrencies will become regularized. But [in that case] Polish companies (for example, the biggest market, BitBay) [might] move their headquarters to other countries. Why? Because they have problems with Polish banks that denounce their contracts. The number of followers of Bitcoin [in the country] is growing, but it’s a very difficult time for cryptocurrency businesses.”

In her turn, BitBay’s Laskowska remains positive and business-minded. “It can still be fixed,” she believes, and the community has its force and value for the country:

“[Poland has] an influential community of cryptocurrency users, who are not only traders but also specialists regarding blockchain usage. All these people can cooperate with the government to regulate the industry and make it grow. I believe that the government will see this opportunity for our country.”