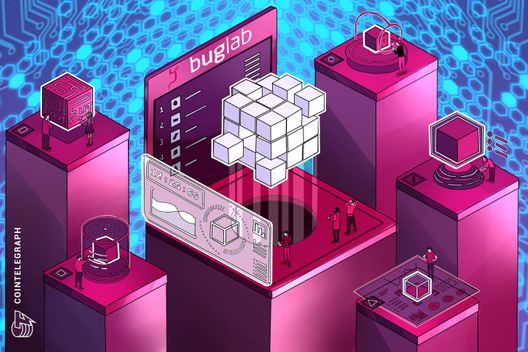 A platform plans to set time limits for experts to find vulnerabilities. The cybersecurity researchers will then be rewarded for their cumulative discoveries.

An Ethereum blockchain-powered platform Buglab aims to strengthen information security by transforming the process of finding vulnerabilities into challenges — or “contests” — for certified cybersecurity testers. By setting time limits for these experts to find vulnerabilities, they will then be rewarded for their cumulative discoveries. Buglab also plans to secure cryptocurrency exchanges, by hosting the testings with a reward pool of $2 million.

The company says that their methods can help overcome the current problems of traditional security testing: cost inefficiency, lack of resources and irrelevance in reporting. Clients would benefit as several cybersecurity researchers are assigned to the task in a competitive manner. Additionally, these testers could add in-depth analysis of any issues discovered.

In addition to the contests, Buglab has a program called Vigilante Protocol where ‘whitehat’ hackers can share what they have discovered as system vulnerabilities. Buglab would then work with computer emergency response teams (CERTs) worldwide to ensure that the vulnerabilities are not repeated in other instances.

Baglab says they aim to help companies for free, and whitehat hackers will be rewarded by the Vigilante Protocol reserve, which will be funded by 20 percent of the tokens created by the platform.

In the current arms race between cybersecurity and online hackers, it appears that the security side is losing. As cyber professionals adopt new methods to block hackers, the criminals, in turn, are able to evolve their methods in new and more imaginative ways. This is not helped by the lack of manpower on the security side. In 2017, data from a Global Information Security Workforce Study projects that by 2022, there will be a shortfall of 1.8 million information security workers.

With Gartner predicting the need for $93 billion spent on information security this year, Buglab’s white paper claims that their service will provide a “unique, competitive, incentivized and easy-to-use platform to address this widespread and growing business need.” They highlight that many companies that already have cybersecurity systems in place may not be aware of gaps or weak spots in their defences. Buglab’s aim is to help these companies identify, and thus mitigate, any cybersecurity gaps that are present.

Recently, Buglab were finalists in the ICO RACE in Lugano, Switzerland, and — from June 16 to 19 — pitched themselves to the Blockchain Economic Forum in San Francisco.

According to the company’s website, the diverse team behind Buglab has a vast range of experience and expertise in blockchain and crypto. Backend developer Alexander Belokon has worked in code for over 15 years. Founder and CEO Reda Cherqaoui has worked in a range of tech environments — from banks to electronics. He said he helped internet giants including Google and Yahoo to find vulnerabilities for free, and in 2011 his platform called Agatha reportedly found a flaw in the security system of Facebook, which gave access to users’ accounts without passwords.

Buglab token and a roadmap

The platform’s own crypto token, BGL, is based on the ERC-20 compatible token, and is used to power all transactions in the Buglab ecosystem, and as a reward incentive for researchers.

Buglab will be running a token distribution event (whitelisting required) from the June 30, 2018, for a period of four weeks.

According to the company, in total Buglab will create 425 million BGL tokens, of which, 40 percent, or 170 million will be allocated to the token distribution event. The BGL token sale price is locked at $0.15 for the duration of the the token sale. Buglab will offer participants a 25 percent token bonus during the presale.

The company says they planned to release public beta version of the platform in Q3 2018, but due to the recent hacks of Bithumb an Coinrail exchanges the team decided to release a private beta and host security testing on crypto exchanges for free.

Every exchange will get the enterprise plan of $10,000 and $10,000 as a bonus. If no vulnerability is found the exchanges will get $10,000 to make them able to run a security contest later. The reward will be paid to researchers in tokens after the sales end.

Buglab’s 2018 roadmap following the presale will see the public sale in Q3, along with the beginning of blockchain migration and the public beta release. Q4 will see the launch of Contest and Vigilante Protocol.