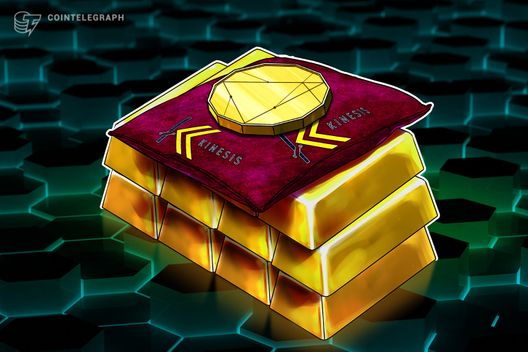 A new monetary system is creating a cryptocurrency based on precious metals, with users enjoying a lifetime yield for their contribution.

A new monetary system is aiming to overcome the “severe price volatility” which has made cryptocurrencies unappealing to use as tender — creating two primary digital currencies which are based on gold and silver.

Kinesis says these currencies — known as KAU and KAG — are based one-to one on allocated physical gold and silver. This means that the full, direct title to the bullion backing these coins is held by the person who owns the cryptocurrency. These coins can be loaded on to a debit card and instantly converted into fiat for payments to merchants who accept Visa and Mastercard, and the company says users will also be able to withdraw funds from cash machines.

In explaining its rationale for using gold and silver as the basis for a digital currency, Kinesis described these assets as “two of the greatest stable and definable stores of value for trade and investment.”

A proprietary blockchain network has been developed for Kinesis’s monetary system, which is forked off the Stellar blockchain — and the team behind the platform says its users stand to benefit from “very high” transaction speeds and customizable fees.

Kinesis says that passive or active users in its ecosystem stand to gain a yield for their participation — and the company has split this into four distinct categories.

The first is known as the Minter Yield. When a user converts their fiat currency or physical bullion holdings into KAU and KAG coins — a transaction that can be completed on the platform’s Primary Market — they receive a five percent share of the transaction fees on the coins they create and use. Users also earn the same share when they make their first deposit into a Kinesis Wallet, and this is known as the Depositors’ Yield.

In a nod to passive participation, the Holder Yield enables owners of KAU or KAG coins to receive a 15 percent share of the transaction fees generated while they hold these currencies. Although this is calculated on a daily basis, the yield is credited to their wallet once per month. Users will also be incentivized to invite new customers to join the Kinesis platform, receiving a Recruiter Yield when someone has been successfully referred.

Kinesis’s founder, Tom Coughlin, is the chief executive of Allocated Bullion Exchange (ABX) — a company which says it aims to “connect and empower an international network of buyers and sellers by offering direct access to the wholesale bullion market.”

Much of the infrastructure that is going to be used for Kinesis — the technology used for minting silver and gold and storing it in physical vaults — already exists, and the company says it has been successfully used by ABX for a number of years.

Kinesis says it has four target markets in mind for its monetary system. The first is the precious metal market, where it is hoped that investors would become incentivized to use these assets if they had a yield attached to them. The company also hopes to appeal to the cryptocurrency market, and believes KAU and KAG coins could become a solid replacement for “questionably backed and non-yield-bearing coins.”

A presale for the Kinesis Velocity Token, an ERC-20 utility token, is taking place until Sept. 9, with an Initial Token Offering running from Sept. 10 to Nov. 11. The pre-ICO runs from Nov. 12 to Feb. 28, 2019, paving the way for the public Initial Coin Offering to commerce on 1 March 2019.