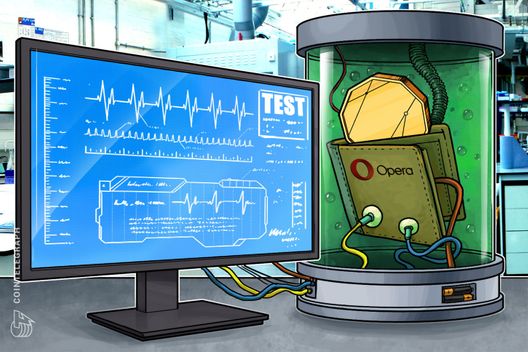 Opera has released a beta version of their web browser for Android that includes a crypto wallet.

The Opera web browser for Android is launching a private beta version that will include a built-in crypto wallet, according to a press release shared with Cointelegraph Wednesday, July 11.

Opera has already entered the crypto sphere, as both their web and mobile browsers have included anti-cryptojacking software since January.

Opera’s crypto wallet will support Ethereum Web3 API and will be integrated with a “default WebView” on top. The press release notes that the wallet will automatically add tokens and collectibles into the wallet.

Product manager Charles Hamel noted that by “becoming the the first major browser to open up to Web 3.0,” Opera is making “the internet of the future more accessible:”

“Our hope is that this will accelerate the transition of cryptocurrencies from speculation and investment to being used for actual payments and transactions in our users’ daily lives.”

At the end of June, unconfirmed rumors arose that stock and crypto trading app Robinhood would be expanding in launching a crypto wallet after the company posted a job advertisement for cryptocurrency engineers.