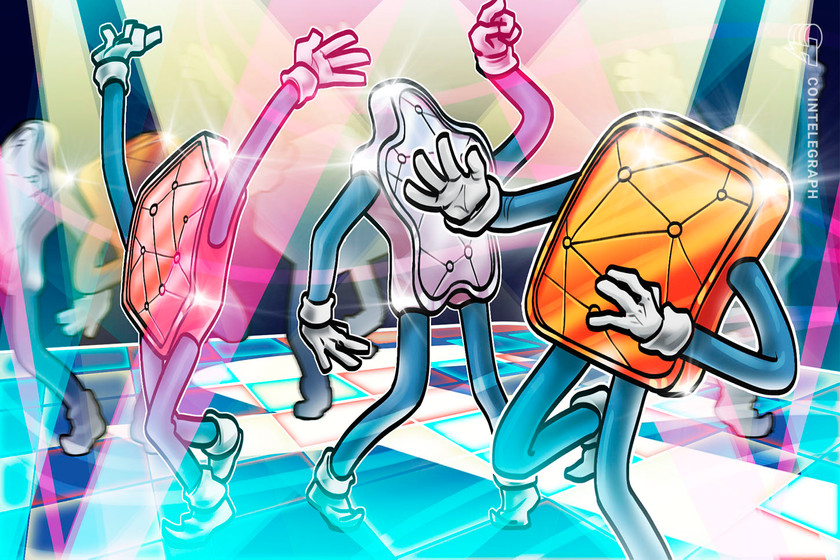 Facebook is exploring NFT-functionality in its Novi–Diem ecosystem, but how will the technological solution measure up to existing platforms?

Nonfungible tokens (NFT) have enjoyed quick adoption across the entertainment, media and sports space as the biggest brands, companies and individuals look to gain first-mover advantage in creating their own digital collectibles.

These have come in myriad forms, and much like blockchain technology was touted to be pliable to any industry’s needs and problems, the imagination is the only limit when it comes to NFTs that are being created and traded around the world.

Social media has made people more connected than ever before, and these various platforms have played a role in the introduction and proliferation of NFTs among distinct audiences.

However, industry-leading behemoths like Facebook and Twitter have not quite onboarded blockchain technology into the inner fabric of their underlying systems. Users can post about exciting new NFT launchings, but the end-user cannot buy or trade these items without clicking on a link taking them to whichever platform the digital collectible is based on.

Facebook, in particular, has been subject to plenty of regulatory scrutiny over the past two years, as its planned cryptocurrency wallet and native token and global payment system had far-ranging implications for the financial space. Given its estimated 2.9 billion user base, the social media giant could well disrupt how hundreds of millions of people transact with each other every day.

As its Novi wallet and Diem cryptocurrency edge closer to an official launch, the company has not been oblivious to the popularity of NFTs. Facebook Financial head David Marcus admitted as much in August, saying its Novi wallet is in a prime position to help its users with NFT support.

NFTs are growing in popularity, and social media platforms like Facebook are moving quickly to stay abreast of the burgeoning space. What remains to be seen is what a Facebook-powered NFT would look like and if the company’s move into the sector will be mutually beneficial for the social media giant and the crypto industry.

There seems to be a consensus among industry participants that the integration of NFTs and social media platforms is just a matter of time. María Paula Fernandez, adviser to the Golem Network’s board of directors, told Cointelegraph there are both positives and negatives to this eventuality:

“I am uncomfortable with the idea of Facebook jumping into NFTs, NFT marketplaces are, for the most part, transactional and profit-driven. I would be more concerned about other web3 applications integrating with Facebook.”

Markus Bopp, chief training officer and founder of NFT multichain infrastructure platform Unifty, also weighed in on the subject, telling Cointelegraph that the burgeoning space could have some interesting use cases for social media platforms.

Going above and beyond the trade of digital collectibles, Bopp believes that the functionality of NFTs could provide the solution to some vexing problems for various social media platforms, like proof of identity and the need for verification:

“An NFT based system could remedy this with little effort, and combine with profile picture as well. But identity proof is only one small possibility. What NFTs are really good at is gamification and value-added ownership. Social media entities will be able to use these powerful tools to investigate literally thousands of new possibilities.”

With the integration of NFTs into social media platforms expected to become a reality, the next consideration is if this will have a fundamental effect on the adoption of the wider cryptocurrency space and blockchain innovations.

Bopp believes that the reach of the biggest social media platforms will be crucial in driving the use of cryptocurrencies, especially when the functionality becomes seamless: “The user experience for crypto mass adoption needs to be at a level where the user doesn't even need to know they are interfacing with a blockchain.”

Fernandez offered an alternative take as she highlighted the hardships faced by Facebook when its plans for Diem, initially branded as Libra, were intercepted by various regulators. In that space of time, NFTs have made their way into widespread use: “Facebook already tried and failed to integrate cryptocurrency, and nonetheless, crypto, blockchain, and NFTs have gone mainstream without it.” She added: “We are building an industry that does not need Facebook to develop platforms that reach mainstream audiences across all corners of the world.”

The Libra Foundation is continuing its march toward the launch of the Novi wallet and Diem cryptocurrency, and barring major regulatory enforcement, the platform should introduce Facebook’s user base to a native digital wallet that will initially offer stablecoins representing sovereign currencies like the United States dollar, pound and euro.

It’s not yet clear if and when the Diem wallet would incorporate support for the likes of Bitcoin (BTC) and Ether (ETH). This means that its own NFT platform is likely to be integrated directly into the Diem blockchain. Interoperability with decentralized tokens like ETH may not be supported, necessitating its own NFT ecosystem that plugs into the Novi wallet.

Bopp agreed that the Novi crypto wallet and Diem currency would be an important part in powering NFT support since “Adoption at this level will be fantastic for the crypto space,” but that there would likely be some trade-offs for users and varying implications for the wider space:

“Facebook is likely to put their own spin on NFTs, as they have done with most things. We should expect an ownership compromise, as they attempt to corral the tech for their user base alone. This will probably work for them to a great extent, but at the same time it will drive discovery of more open and decentralized sources.”

In assuming that Facebook-powered NFTs will be powered by the Novi wallet and Diem cryptocurrency, Fernandez doesn’t see the centralized ecosystem measuring up to the likes of the Ethereum blockchain, which gave birth to smart contract functionality and decentralized application development: “There’s communities, games, customizable smart contracts that give the NFT properties, ecosystems built around certain NFTs, financial instruments like fractionalized ownership and liquidity pools. I don’t see Facebook capable of topping this.”

The reality of a Facebook user being able to buy an NFT that pops up on their feed is some way off, given that a launch date for Novi and Diem is still not set in stone due to ongoing regulatory considerations in different jurisdictions.

At the same time, decentralized NFT marketplaces are thriving, powered by the very communities that built the infrastructure and trade the tokens that power their ecosystems. Fernandez offered a poignant parting thought, telling Cointelegraph that Facebook doesn’t have a community around it that is comparable to one like that of Ethereum:

“NFTs are not only cultural objects or collectibles — they are financial instruments. The Ethereum community has mastered the art of building financial instruments and has now integrated NFTs within these. Facebook can sell a bunch of jpegs all it wants, but it’s no competition if its transaction layer is not on Ethereum.”