A new Bitcoin (BTC) metric says that investors are still much more interested in buying than selling at $10,000.

The resulting number provides a rough impression of trader appetite, and it is currently skewed to the bullish side.

“BTC still has intense buy pressure. Exchanges are holding more stablecoins and fewer BTC compared to the beginning of this year,” Ki tweeted.

“I think we still have room for BTC bullish trend.”

Ki added one proviso to the data — that exchange traders could use stablecoins to purchase cryptocurrencies other than BTC as well as hold Tether (USDT) to buy at lower prices later. 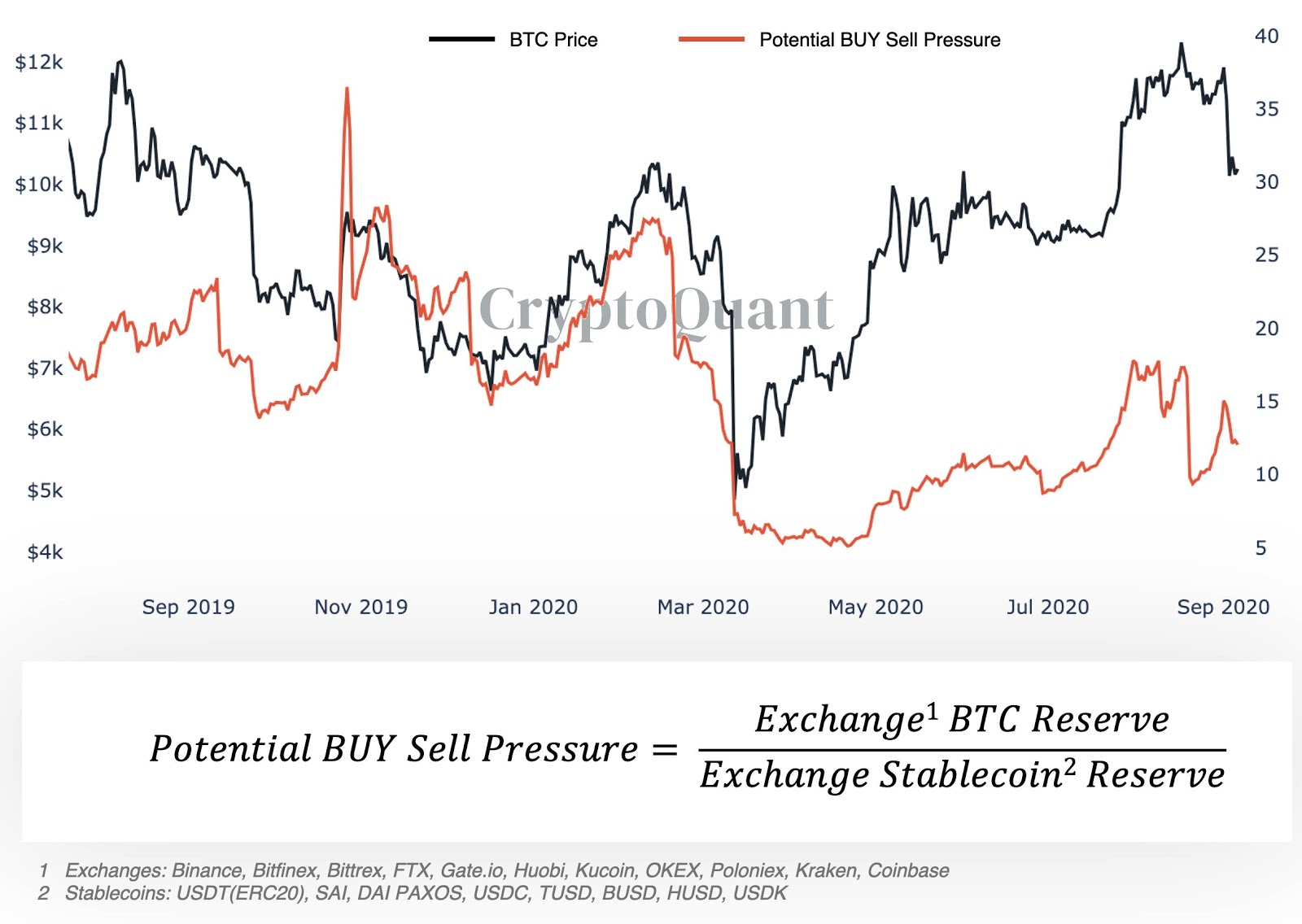 The environment on exchanges is decidedly in a state of flux with Bitcoin’s latest price action.

Tether, the largest stablecoin, has passed a total market cap of $14 billion, while other recent data also suggested that buyers were looking to use stablecoin assets to snap up BTC at lower prices.

That came in the form of Glassnode’s stablecoin supply ratio (SSR), which recorded a level three times stronger in late August than in June 2019, when BTC/USD traded at an identical price point — $11,400.

At the same time, as Ki confirms, exchanges’ BTC reserves continue to decrease, evidence of a continued desire among investors to save, not trade or spend BTC.

Austrian gin makers to use blockchain to guarantee bottles’ rarity