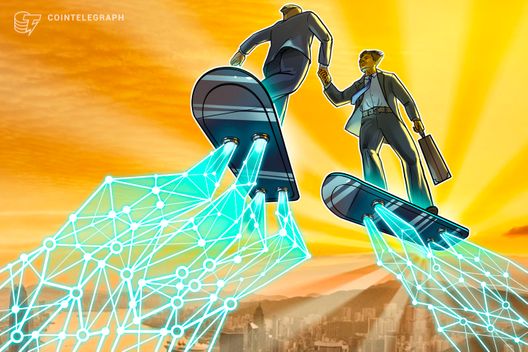 U.K.-based bank Natwest will integrate a new blockchain platform underpinned by R3 Corda technology for use in the syndicated loans market.

The new platform, dubbed “Fusion LenderComm,” was developed by blockchain consortium R3 and fintech enterprise Finastra, and aims to streamline the global market for syndicated loans — loans whose size or degree of risk means that more than one lender underwrites them, as part of a “syndicate” of two or more financial institutions.

Natwest’s move comes roughly a year after a pilot of the platform was undertaken with participation from several major international banks, including BNP Paribas, BNY Mellon, HSBC, and ING. According to Mondovisione, Natwest will launch the platform in November.

At the time of the pilot, Finastra’s deputy CEO Simon Paris noted that the community of banks onboard “covers approximately 10% of the global syndicated lending market,” which he said demonstrated the market’s “appetite” to make the blockchain-based market utility “a success.”

Mondovisione today notes that Natwest will make use of the platform’s capacity to enable “real-time position reporting between lenders” and streamline syndicated lending end-to-end, “from deal set-up and syndicate building through to settlement.”

Finastra has outlined in more detail that the platform works by enabling “financial institutions acting as agents to publish loan data to the ledger and extend self-service capabilities to lenders. Through their own portal, agents can define and then publish lender-specific deal position data to [the platform],” allowing individual lenders to consult the data themselves and not resort to extra phone or online communication to query positions.

This, according to the firm, efficiently digitizes communications, saving costs and reducing operational risks, as well as harnessing blockchain to bring more security and transparency to the market at large. The platform has been commercially available as of April this year.

While the potential of blockchain to streamline the global lending market has been long recognized, Spanish multinational bank Banco Bilbao Vizcaya Argentaria (BBVA) claimed to have become the “first” global bank to conduct an entire loan process using blockchain this April.

This week, a fintech subsidiary of Thailand’s oldest bank partnered with Accenture to use the an R3 Corda-based blockchain platform to increase efficiency in supply chains.