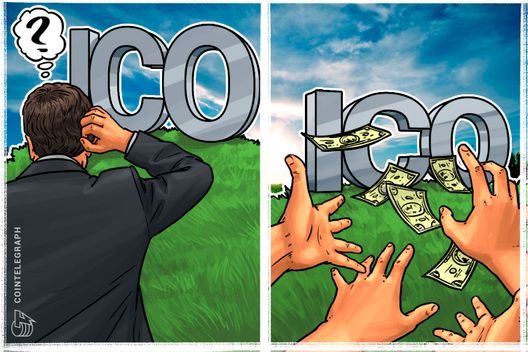 A new report from the University of Pennsylvania Law School identifies multiple failures on the part of ICO projects towards investors.

Initial Coin Offerings (ICO) “failed” to provide protection against insider trading or stick to their whitepaper promises, a new report from the University of Pennsylvania Law School released July 17 reveals.

The lengthy study of the ICO phenomenon, dubbed “Coin-Operated Capitalism,” begins with a frank appraisal of investor expectations versus reality, the four contributing professors finding basic inconsistencies in the behavior of a “significant” number of projects.

In the introductory comments, they state that their “inquiry reveals that many ICOs failed even to promise that they would protect investors against insider self-dealing. Fewer still manifested such contracts in code.” The paper continued,

“Surprisingly, in a community known for espousing a technolibertarian belief in the power of ‘trustless trust’ built with carefully designed code, a significant fraction of issuers retained centralized control through previously undisclosed code permitting modification of the entities’ governing structures.”

Bancor, which became famous for raising $153 mln in three hours last July, saw a hack worth $12 million this month result in wide-ranging criticism of its decentralization and fair governance claims.

In their paper, the UPenn law professors use Estonian financial institution Polybius as an example of promises made in the whitepaper against real progress post-token sale.

According to the paper, Polybius, who raised $31 million through their ICO in June 2017, included in its whitepaper “several claims that would lead us to expect certain features directly coded into tokens or other smart contracts,” continuing,

“Beyond ERC-20 compliance and the presence of a modification feature, we did not verify that any of these features are present, largely because Polybius’s coded governance exists in bytecode ([...] the Ethereum machine language). Without spending a large sum of money purchasing the time and know-how of a very motivated and talented reverse engineer, an investor would be restricted to relying on vernacular promises.”

Cryptocurrency industry figures have meanwhile continued to defend ICOs as a legitimate fundraising model, even outweighing the benefits of more traditional means.

In May, Binance CEO Changpeng Zhao determined that “raising money through ICOs is about 100 times easier than through traditional VCs, if not more.”