Messari: $500M in BTC tokenized for DeFi is just the beginning

Messari: $500M in BTC tokenized for DeFi is just the beginning 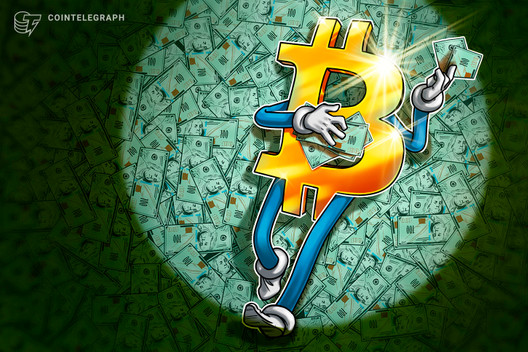 With more than half a billion dollars worth BTC already tokenized, Messari believes that projects bringing Bitcoin to DeFi will emerge as leaders of the crypto sector.

Crypto analytics firm Messari estimates that $500 million worth of Bitcoin (BTC) has been tokenized on the Ethereum network for use in decentralized finance (DeFi) protocols.

The firm's latest report points out however that this figure represents just 0.3% of Bitcoin’s $216 billion market cap, meaning there is ample opportunity for projects that facilitate the migration of Bitcoin onto Ethereum, to capture significant value.

According to DeFi Pulse, popular Bitcoin tokenization protocols WrappedBTC (WBTC) and RenVM are the ninth and 10th largest DeFi projects by locked funds, with $453 million and $232.4 million respectively.

Ren has seen an explosion in use over the past month, with the value of funds locked in the protocol gaining nearly 470%, from $40.9 million at the start of August.

WBTC also absorbed $274 million in capital last month, increasing the value of its locked funds by 157%. During August, the number of Bitcoins being tokenized via WBTC briefly exceeded the rate at which new BTC are mined, signposting booming demand for Bitcoin in the DeFi space.

With only 0.3% of all bitcoin on Ethereum and DeFi booming, the opportunity for decentralized bridges between the two chains is hard to ignore. $KEEP $REN pic.twitter.com/tLGWlaIuFZ

releaseKeep’s inclusion was noted as unexpected in the post’s replies, as a code vulnerability in Keep’s trustless Bitcoin tokenization protocol tBTC was identified in May, resulting in the project going offline just two days after launching. However, tBTC plans to release a second version of tBTC after an additional round of security audits and testing, and has been distributing its work token KEEP via a stakedrop since June.