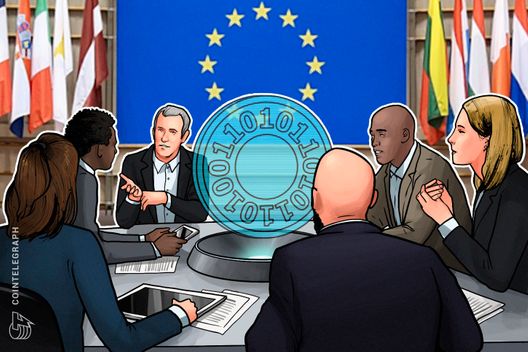 Members of the European Parliament have voted in favour of EU anti-money laundering reforms, which will include closer regulation for cryptocurrencies, by 574 votes to 13 votes, with 60 abstentions, according to an EUP press release April 19.

The agreement, known colloquially as “5AMLD,” is the fifth update to the EU’s anti-money laundering directive. It comes in the wake of the terrorist attacks of 2015 and 2016 in Paris and Brussels, as well as the Panama Papers leaks, the press release noted.

The new reforms strengthen transparency rules to prevent the large-scale concealment of funds, with specific stipulations to address risks associated with cryptocurrencies. 5AMLD requires crypto exchanges and custodian wallet providers to apply customer due diligence controls, to be registered, and also puts pressure on trusts and trading companies to reveal holders of virtual currency.

The press release underscores that the reforms are a bid to stamp out anonymity in the crypto trading sphere. MEP Krišjānis Kariņš commented:

“Criminals use anonymity to launder their illicit proceeds or finance terrorism. This legislation helps address the threats to our citizens and the financial sector by allowing greater access to the information about the people behind firms and by tightening rules regulating virtual currencies.”

More broadly, the reforms grant the right of access to data on beneficial owners of firms, trusts, and similar arrangements to anyone who can demonstrate a “legitimate interest,” including citizens, investigative journalists and NGOs. Alongside data transparency laws, 5AMLD proposes toughened measures against tax evasion.

EU member states will now have 18 months to transpose the updated directive into national law.

In January, Cointelegraph ran an expert take, evaluating the EU’s ongoing revisions of AML legislation for crypto trading within an international context.