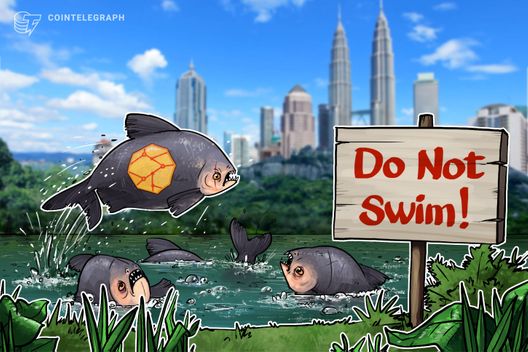 The Securities Commission (SC) of Malaysia has ordered an immediate halt to all promotional activities for the recently-launched Lavidacoin (LVC) pending further review, according to a September 5 notice on the SC’s website.

According to local news outlet The Star, Lavidacoin was created by Malaysian cosmetics mogul and beauty guru Datuk Seri Hasmiza Othman, aka Dato’ Vida. The beauty guru reportedly hoped to use an Initial Coin Offering (ICO) to raise as much as $1.5 billion to create an “entrepreneur-focused” online entertainment channel, an LVC payment gateway, and even a “non-profit” mosque, as outlined in the project’s white paper.

The Lavidacoin first drew scrutiny from Malaysia’s SC in August over concerns the sales of the altcoin were in breach of local securities laws. The watchdog’s public notice at the time gave a generic warning, writing that:

“The SC advises investors to exercise due diligence and to be cautious of the risks of participating in any investment schemes, in particular schemes involving cryptocurrencies and digital tokens.”

In a fresh statement issued Wednesday, the SC identified DSV Crypto Club, LUX Galaxies, and VI Profit Galaxy as among the business entities promoting Lavidacoin, saying it was adding all three to its investor alert list, as well as reiterating its prior warnings. As The Star notes, all three entities were blacklisted by Bank Negara Malaysia in August.

As a Cointelegraph analysis piece has outlined, celebrities globally have capitalized on their fame to bolster crypto-related initiatives. While some, like Snoop Dogg, have backed already high-profile cryptos such as Ripple (XRP) through promotional events, others — including the renowned boxer Floyd Mayweather — have become mired in controversies surrounding their involvement in lesser known — and in Mayweather’s case — ultimately discredited crypto projects.

Among those who have taken the plunge and launched their own branded coins are former Liverpool soccer star Michael Owen, who this spring issued his own name-backed crypto dubbed OWN.