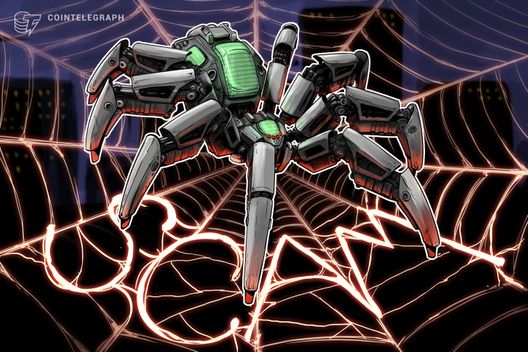 Elon Musk has drawn attention to scam bots that impersonate famous Twitter accounts to steal crypto from their victims.

Billionaire entrepreneur and engineer Elon Musk has recently called attention to scam bots that impersonate famous people on Twitter to steal Ethereum (ETH) and other cryptocurrencies from their victims.

In his tweet, the world-famous founder of Tesla Motors and SpaceX drew attention to crypto scammers on Twitter. Misspelling the name of Ethereum, Musk appeared to be impressed by the sophisticated “skillz” of the scammers:

“I want to know who is running the Etherium scambots! Mad skillz …”

Vitalik Buterin, who earlier added “Not giving away ETH” to his Twitter handle to combat his own impersonators, asked Jack Dorsey, the CEO of Twitter, to do something about the situation. Alternatively, Buterin proposed, “someone from the ETH community” could create a second-layer “scam filtering” solution:

“@jack help us please? Or someone from the ETH community make a layer 2 scam filtering solution, please?”

Buterin also appeared to be disappointed that Musk has dedicated his first Ethereum-related tweet to the problem of scam bots, rather than the technology behind the cryptocurrency:

“I do wish @elonmusk's first tweet about ethereum was about the tech rather than the twitter scambots........”

In February 2018, Elon Musk revealed that he “literally own[ed] zero cryptocurrency,” in an apparent attempt to warn his followers not to interact with fake “Musks” on Twitter. The billionaire also noted that he has reported the issue to Dorsey multiple times to no avail.

Earlier this year, Cointelegraph reported about multiple scam accounts on Twitter that tried to pose as the founder of Litecoin (LTC) Charlie Lee and used fake giveaways of the cryptocurrency to attract their victims.