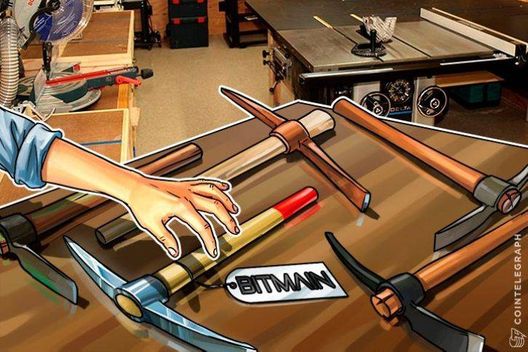 The commissioners said that the small scale operation will give Ant Creek LLC a chance to establish itself and test whether or not their business has potential for expansion in the are. The commissioners added that it would also give the project time to earn the support of the public.

The main concern of opponents to the project is the massive amount of electricity that Ant Creek will consume. Many present at the hearing felt that the 25-35 permanent jobs promised by the operation were outweighed by the fact that the project would draw the power equivalent of 24,000 residences. One resident said, “It extracts electricity and creates wealth for the owner with no trickle down.”

Columbia Rural Electric Association CEO Les Tell told commissioners that the membership-owned electric co-op has more than enough capacity to meet demand for the project, “No matter what happens a year from now or five years from now, we are fully protected.”

The project meets the Port’s mission of job and tax creation: the lease value i.e. base rent plus a 12.84 percent state leasehold tax would be $4,701 per month. Ant Creek would also pay for a $2.5 mln roadway to provide access to the property.

The Union Bulletin reports that it is unknown whether the new 10 acre plan will move ahead, stating that the altered terms of the proposal would need to be approved by the applicant. Ant Creek’s director of operations Jeff Stearns reportedly left the meeting “without a hint of whether the terms might be acceptable.”

Earlier this month, the Chelan Public Utility District, also in Washington, US, discovered a number of unauthorized crypto mining operations. There is currently a moratorium in effect on mining operations in that area while local officials consider the implications of opening up to further development of the industry.