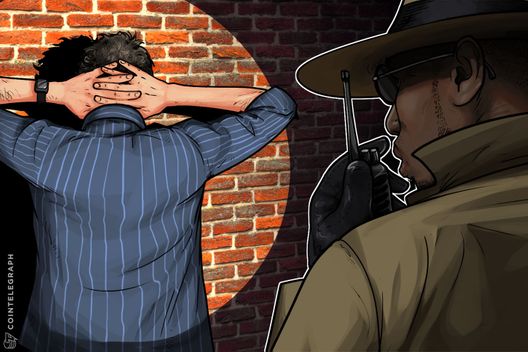 Two crypto exchange heads and executives have been detained in South Korea, charged with embezzling blns of won.

CoinNest co-founder and chief executive Kim Ik-hwan has been detained in Seoul and charged with embezzlement and fraud, alongside two senior executives and the head of a second unnamed crypto exchange, a local news outlet Naver reported April 5.

The executives allegedly moved customers’ digital assets into their personal accounts, worth “billions of won,” according to prosecutors. Officials are now seeking arrest warrants for the detainees.

It is the first time the head of a crypto exchange in Korea has been charged. Coinnest is the country’s sixth largest exchange by trade volume, with around 500,000 registered users as of January.

The Korea Blockchain Association, a self-regulatory body for 33 local crypto exchanges, is following the investigation to determine whether to expel Coinnest from membership. The exchange opened in June last year, backed by Chinese investors such as Bitmain. Coinnest’s value is estimated at over 100 bln won.

An announcement by Coinnest on Thursday stated that a “professional management system” has now been set up to “protect[…] customer assets and creat[e] a healthy trading environment.”

Coinnest was one of three local exchanges raided by prosecutors in mid-March, after “suspicious money transfers” between exchanges were detected during an audit by local financial regulators and intelligence services.