John McAfee Has Left His Own Privacy Asset Project

John McAfee Has Left His Own Privacy Asset Project 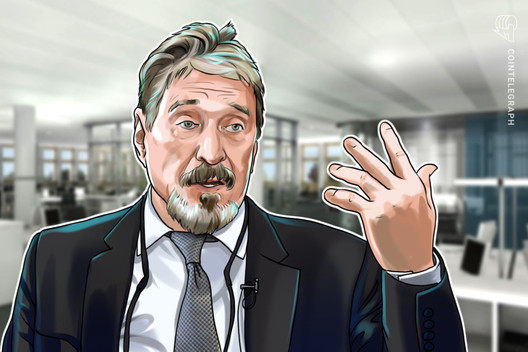 Technology pioneer and cryptocurrency advocate John McAfee has just announced his departure from his own privacy asset project, Ghost.

"I am abandoning the the Ghost project," he said in an Aug. 19 tweet. "Management is incapable of making a success of the project," he explained, adding, "It will, without a doubt fail."

"I tried to explain the fundamental principles of management, but they fell on deaf ears. My apologies to those that I led astray. Sorry."

McAfee has bashed Bitcoin in recent months for its lack of privacy. The tech expert set out to make his own proof-of-stake, or PoS, privacy-focused asset, tweeting about the endeavor on April 11, 2020. Subsequent reporting in May showed the project plagiarized content from PIVX, another anonymity-focused crypto asset.