I first dove heavily into blockchain in 2014 when I joined Cointelegraph. To set the stage, this was right around the time of shadow projects, bitcoin casinos, and the infamous Mt. Gox crash. Almost everyone with a media badge was negative about the budding industry, and those who weren’t were typically working anonymously. At that time, there were probably fewer than 1,000 people in the core community, and those were the people I was interested in.

They were building projects, and truly believed in the concept behind crypto and blockchain technology. It was around this time that I first thought of doing a conference — offering those dedicated individuals and teams an amazing experience that not only gave them a platform for showing the cool things they were working on, but also a platform to celebrate them for their innovative ideas surrounding a technology that could truly change the world.

Fast forward to 2016: our team at Cointelegraph started working on the first conference. We looked at the bigger picture — not just Bitcoin and how to make money with it, but the underlying blockchain technology as well. Our first conference, held in Helsinki, was attended by approximately 200 people, and there had been only three of us prepping for the conference just two months prior. We then set our sights on Munich, where BlockShow 2017 was held. With this conference, we experienced a rise in attendance to more than 500 people.

Both of these conferences were great successes. Now, however, we are planning to hold three major events that will be attended by more than 10,000 people. We hold meetups around the world for communities, and within a few years, we plan to host three major international BlockShow conferences for tens of thousands of people across Europe, Asia, and the Americas, all managed by the BlockShow team. Since the beginning, we’ve wanted to make our conference stand out from those around us, and I can confidently say we’ve accomplished that goal. 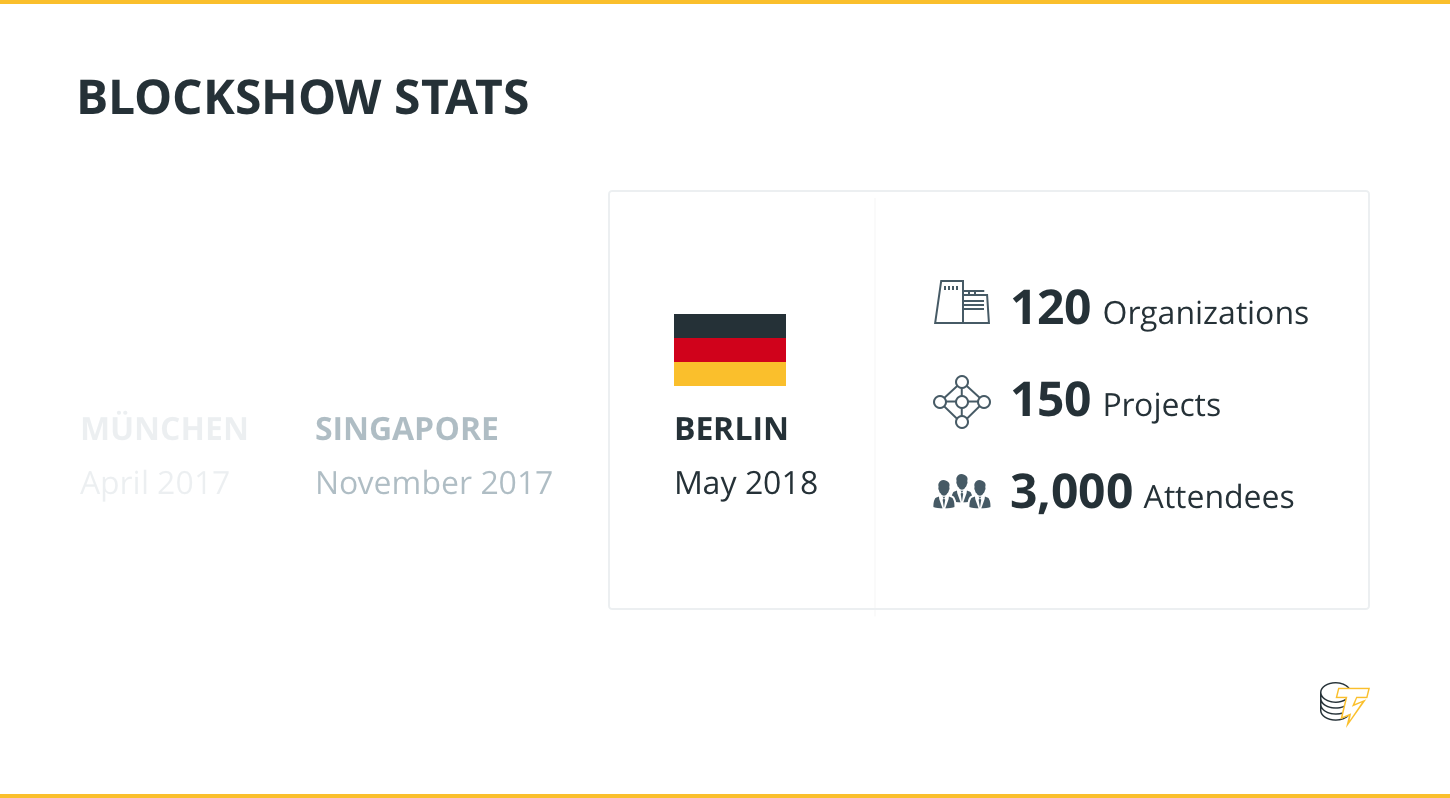 This May, BlockShow Europe will be visited by more than 3,000 attendees. The conference exhibition will include more than 150 projects, and over 120 organizations and companies will provide their support for the upcoming event. This is double the turnout at the recent conference in November 2017, and about five times bigger than it was in Munich last April. We’re trying to keep up with our subject in terms of growth!

We do not interpret the word “conference” in the typical way. We’ve removed a lot of the boring, standard, official stuff from the event and instead have focused on creating a casual atmosphere where the community feels at home. People can network, make deals, and sign contracts with confidence and ease. 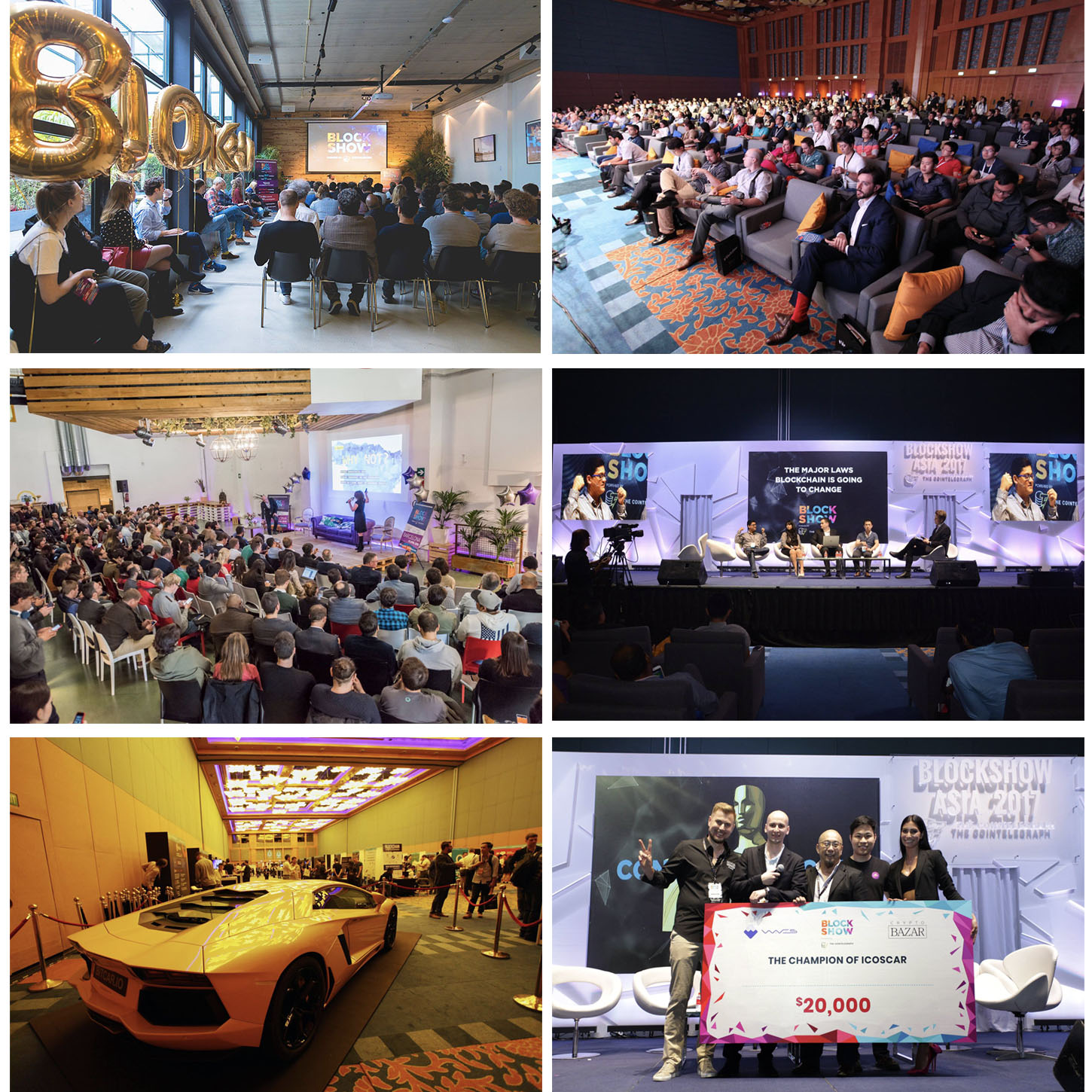 Of course, we still feature amazing speakers, panels, and solution sessions, as they offer everyone a great way to get insight into the industry. I still remember clearly every word from blockchain pioneer Charlie Shrem’s keynote speech at BlockShow Europe 2017. And the euphoria we felt as a team when Brock Pierce delivered his “Cryptocurrency, Blockchain and Conscious Culture” talk in Singapore at BlockShow Asia. This time we’re waiting for something really special for the whole industry and beyond — Wikipedia’s Jimmy Wells is going to read a secret speech, and he hasn’t shared any details even with us. We are a show where blockchain businesses and representatives can spend their time efficiently. We do this by having an app specifically designed for the conference that all attendees can use. Users will be able to filter attendees based on expertise and occupation (i.e investor, startup, crypto fund, etc.) and reach out to them directly within the app to set up meetings. This can be particularly convenient for investors, as they can use the app to scope out startups and projects before going through the process of setting up a meeting.

Startups are obviously a huge part of BlockShow, and this year will be no different, as we will once again be holding the Startup Oscar competition. For our major upcoming event, BlockShow Europe 2018, we have taken the most interesting startups from our European meetups and brought them together for the main event, where they will be competing for €50,000 in prize money. This sum is symbolic if we consider the amount of money our previous winners have raised during BlockShows, like $148 mln for Bancor or $101 mln for Status. The most important thing is to understand that the projects are doing well now.

BlockShow has grown quite a bit in only the past two years. Moving forward, the BlockShow brand will be presented across the world to countries that are positive towards blockchain, and these events will be led by our franchisees, who will be organizing events locally. It’s a very exciting time for the team.

In approximately five years, blockchain will not be a niche subject, but widely implemented in a variety of industries, including AI, supply chain, insurance, fintech, gaming, and healthcare. Blockchain could almost be looked at as Internet 2.0 — it changes the paradigm of information and value through decentralization. BlockShow will be there to bring the innovators and industry leaders together.