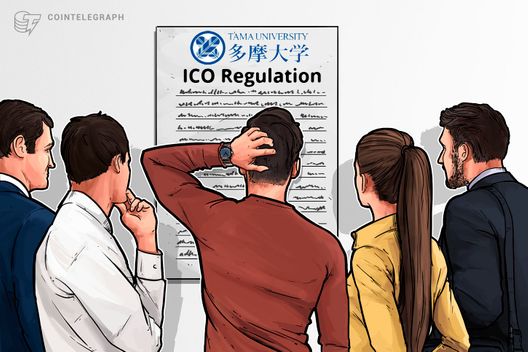 A government-backed study group in Japan has released a set of guidelines for regulating and fully legalizing ICOs in the country.

The Center for Rule-Making Strategies at Tama University has released a list of guidelines for the regulation and full legalization of initial coin offerings (ICO) in Japan, Bloomberg reports April 4.

The list of guidelines from the government-backed study group includes rules for anti-money laundering (AML), identifying investors, tracking project progress, as well as protecting existing equity and debt holders. Japan’s Financial Services Agency will deliberate on the proposal, which could eventually be made into law in a few years time, according to Bloomberg.

The paper establishes issuance principles, such as defining and disclosing a means of tracking the progress of white papers, and disclosing potential influences on token investors, shareholders, and debt holders.

Additionally the paper stipulates certain trading principles, among which are the confirmation of customer identity and suitability (Know Your Customer), the adoption of industry-wide minimum standards on token listings, and the restriction of unfair trade practices like insider trading.

While admitting that “it is difficult at present to classify whole ICO [sic] since many forthcoming but unknown types might exist”, the paper proposes that the regulations would apply to three types of ICO: a venture company type, an ecosystem type for collaborative efforts with multiple corporations or government entities, and a large company type for in-house, high risk project funding.

The report clearly identifies ICOs as securities, similar to the position taken by the US Securities and Exchange Commission. Researcher Kenji Marashima said that, “ICOs are groundbreaking technology, so if we can implement good principles and rules, they have the potential to become a new way to raise funding.”

The publication of ICO-friendly guidelines juxtaposes with the positions of China and South Korea, who both banned ICOs outright last year.