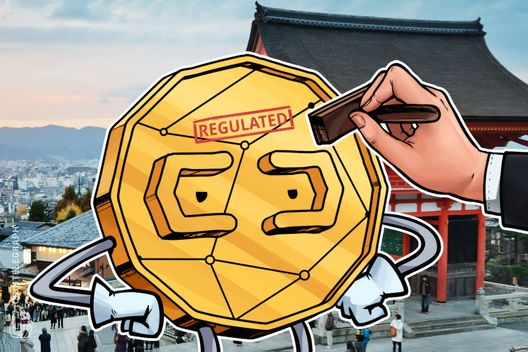 Margin trading is the practice of borrowing money from the broker, used by crypto traders to buy or sell more cryptocurrency than they could afford on their own - thereby increasing their potential profits, along with the losses.

The JVCEA, which is still testing the water regarding its own effectiveness after officially coming into being earlier this year, wants to limit the amount margin traders can borrow to four times the amount of their investment.

“It aims to prevent investors from suffering a lot of losses due to sudden price fluctuation of the virtual currency,” JiJi.com reports the group as saying, adding it planned to enact the rule within a month if it gained support.

The JVCEA was born out of a desire to promote trustworthiness as a key element of Japan’s cryptocurrency economy.

Domestic exchanges have faced major upheaval throughout 2018 after one operator, Coincheck, lost $534 million in a hack in January.

With regulatory compliance now a top priority for exchanges, the JVCEA aims to keep regulators from being forced to get involved in the market as was the case with Coincheck.

However, teething troubles saw the group lose its two vice presidents in June, both of whom were also CEOs of exchanges facing adherence demands from the country’s Financial Services Agency (FSA).