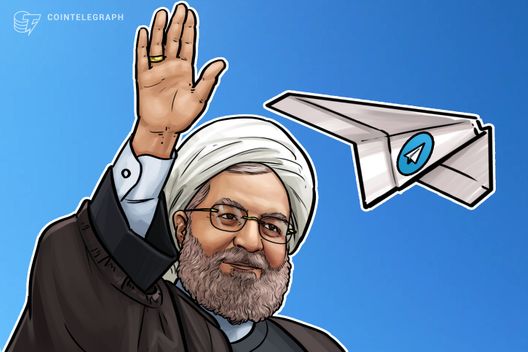 According to Al-Monitor, the discussion about banning Telegram originally stemmed from both a desire to support local apps, as well as national security concerns due to the fear that the app could be used in future protests, as it was most likely used in the Dec. 2017 Iranian demonstrations.

Hassan Firouzabadi, the secretary of the HCC – a policymaking body whose members are appointed by Supreme Leader Ayatollah Ali Khamenei, except for secretary, who is suggested by the Iranian president – approves the suggested ban due to Telegram’s potential for bringing cryptocurrency to all of its Iranian users.

Tasnim News Agency reported that Firouzabadi referred to Telegram as an “enemy of the private sector,” since “Telegram never [agreed] to have an office in Iran and refused to work with the private sector.” He then added:

“Telegram is not a dominant messenger in any country except for Iran. … Telegram has officially announced that it will be used as an economic platform, and Telegram will undermine the national currency of Iran.”

Local news outlet Entekhab reported that Firouzabadi sees the lack of regulation around cryptocurrency as one of the problems with letting Telegram continue to function in Iran:

"We predict that this [virtual] money's lifetime is 10 years, and during this period, approximately $50 billion will be withdrawn from the country. But if the price of [this virtual money] declines overnight, people will protest [and ask] why there wasn't any monitoring of it."

One of the opponents of the Telegram ban is Iranian President Hassan Rouhani, according an article from local news outlet Tasnim News Agency, which reported that Rouhani sees a need for an end to “monopolies” rather than a ban of one app:

“Having strong, secure and cheaply priced Iranian messaging applications that can solve people's needs and problems will surely make everyone proud. The goal of creating and enhancing Iranian software and messaging apps should not be blocking access [to other apps], but [the goal] should be the elimination of monopolies"

Firouzabadi said in November of last year that although the HCC “welcome[s] Bitcoin,” they also see a need for regulating cryptocurrencies within the country and are working with the Central Bank of Iran on a crypto study that aims to clarify how regulations could work.

In February the Central Bank of Iran announced that they are now reportedly looking to “prevent” cryptocurrency in an apparent turnaround from their more crypto-friendly stance this fall. Iran and Turkey, also expressed interest in February in developing their own state-backed cryptocurrencies.