In a Mixed Crypto Market, Bitcoin Inches Upward but Ethereum Remains Shy of $300

In a Mixed Crypto Market, Bitcoin Inches Upward but Ethereum Remains Shy of $300 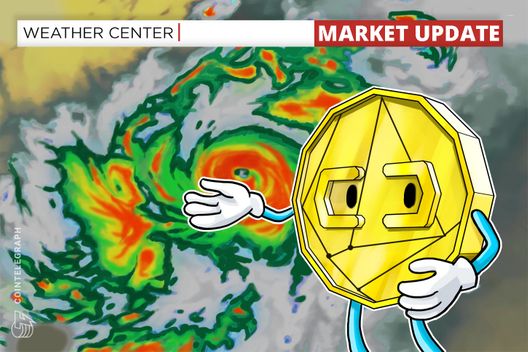 Crypto markets are mixed today, with scattered corrections on a minor scale.

Bitcoin (BTC) is trading at around $7,255 at press time, down a fraction of a percent on the day to consolidate its freshly won gains, according to Cointelegraph’s Bitcoin Price Index.

Having reclaimed the $7,000 mark August 31, the top coin has been solidly rising to a yet higher price point, now pushing $7,300. Bitcoin is trading $525 higher than its value at the start of its weekly chart, bringing its 7-day gains to a strong 8.32 percent. On the month, Bitcoin is now also in the green, up 3.62 percent. 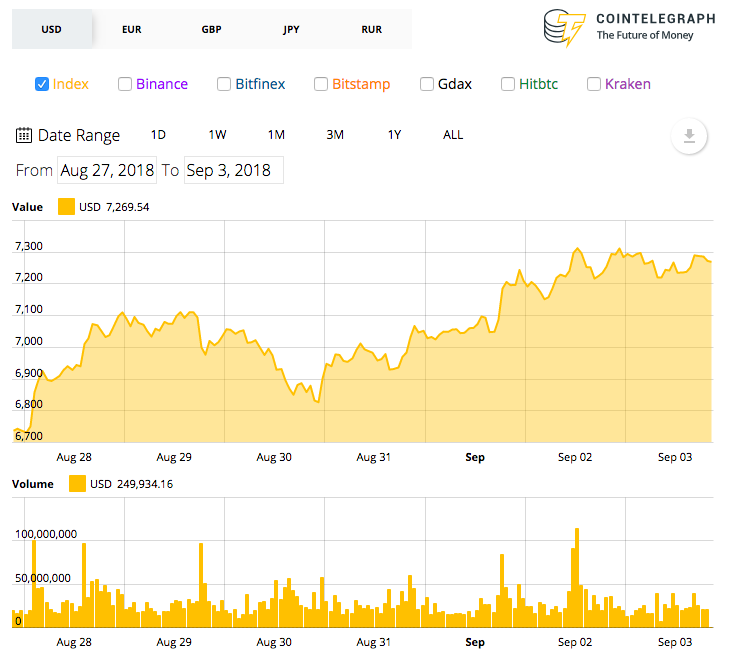 Ethereum (ETH) is trading around $287 at press time, seeing a 2.27 percent loss on the day. After a volatile week, the top altcoin yesterday came tantalizingly close to reclaiming the $300 price point — soaring as high as $298.32 — but has today failed to break through.

Last week’s reports that the Chicago Board Options Exchange (CBOE) plans to launch ETH futures by the end of 2018 hardly budged the asset’s price, although Ethereum has nonetheless seen some growth over a week of market-wide green. On its weekly chart, Ethereum is now up a solid 5.15 percent, with monthly losses closed down to 29.86 percent. 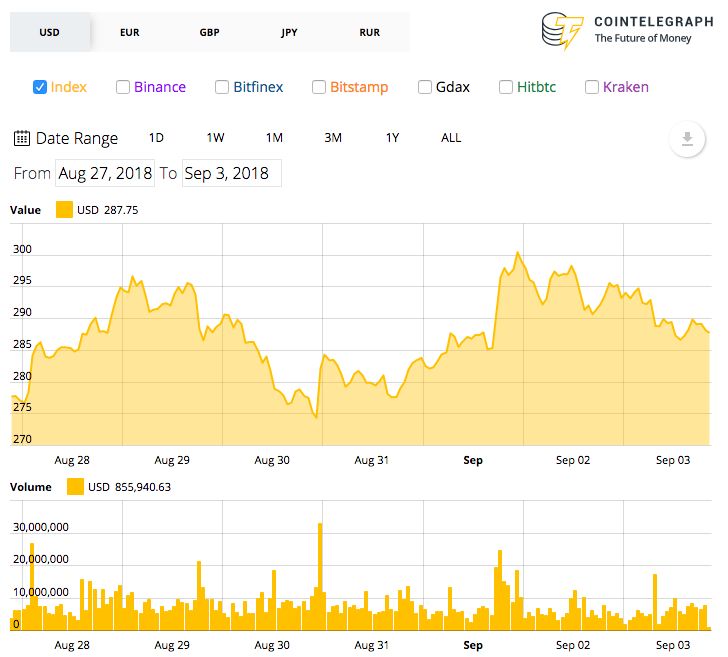 The top ten coins listed on CoinMarketCap are mostly seeing minor percentage changes — both green and red — of within a 1-2 percent range. The exception is Monero (XMR), now ranked 10th by market cap, which has soared 8.34 percent on the day to trade at $130.63 at press time. After a brief dip to as low as $97 August 30, Monero has seen a strong, if jagged, ascent over the past several days. 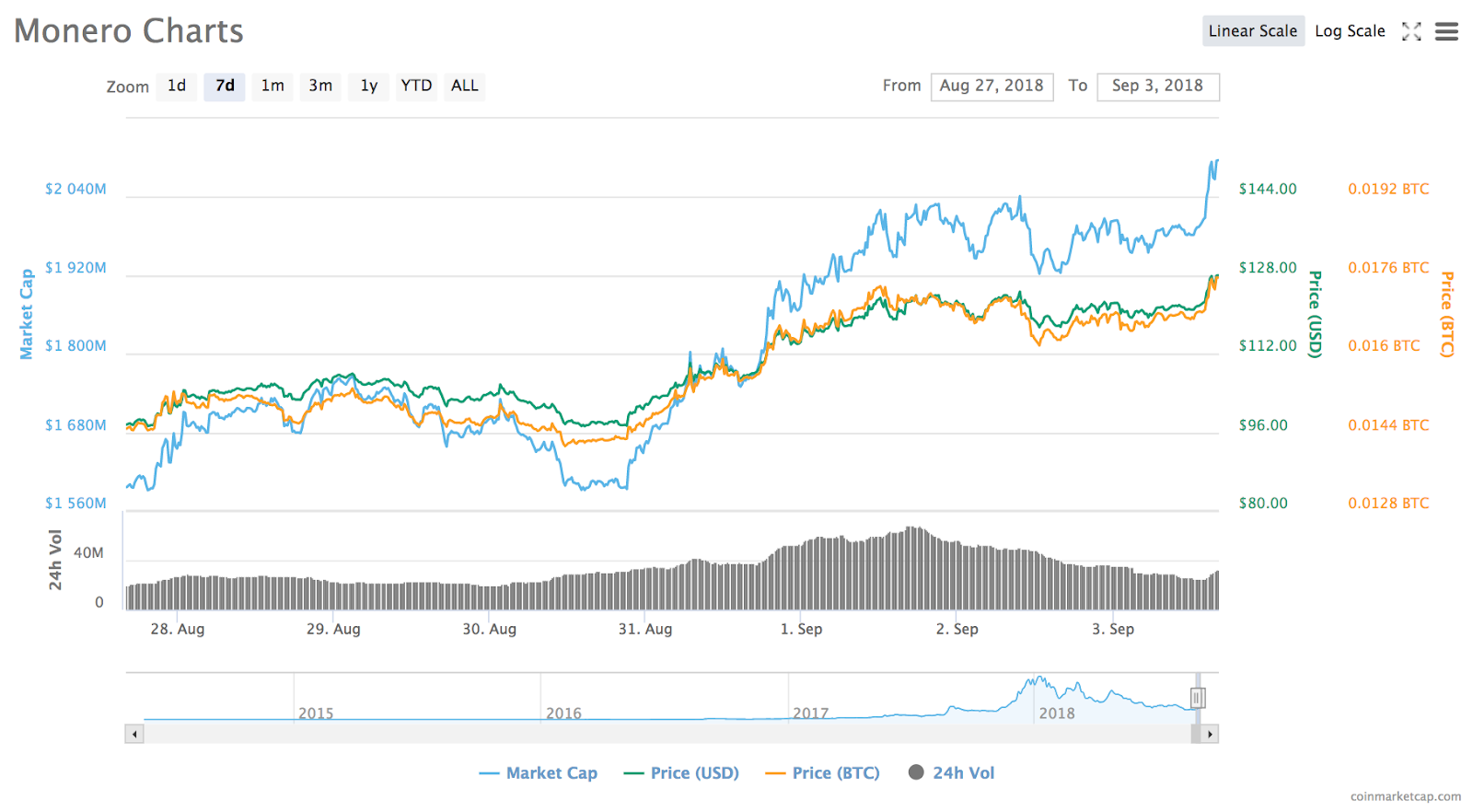 Bitcoin Cash (BCH) has more or less consolidated its major September gains, down just 2.36 percent on the day to trade around $624 at press time. After a stagnant week circling the $560 range, BCH saw a major boost in price performance following its successful stress test September 1. 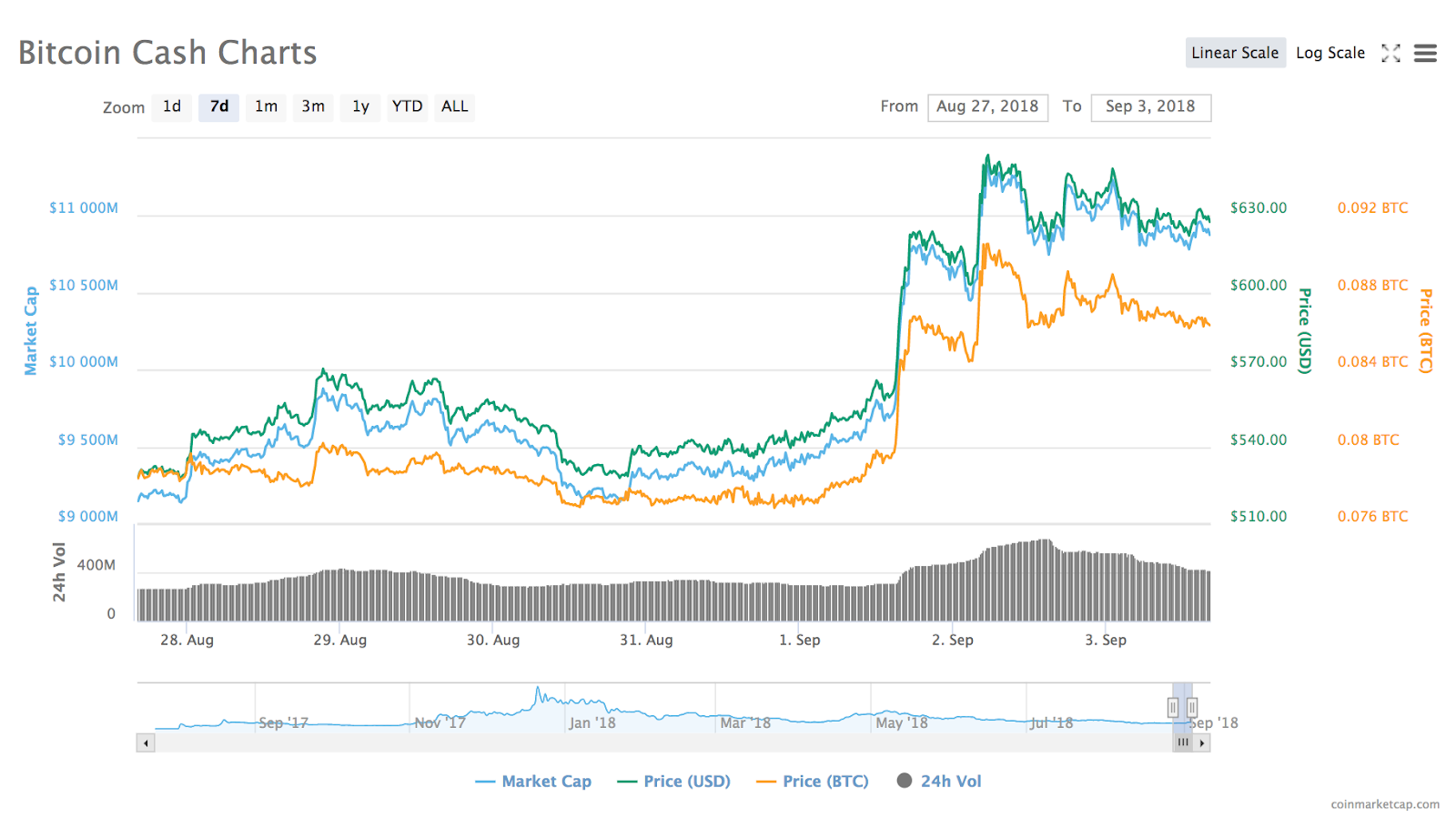 Dogecoin (DOGE) has kicked back against yesterday’s hefty correction, during which it lost close to 20 percent on the day. DOGE is today up 2.2 percent and is trading around $0.0051 at press time.

Since August 30, the altcoin has skyrocketed upwards, and even after yesterday’s dent has sealed a 112 percent gain on its weekly chart. Crypto commentators have attributed DOGE’s startling price performance to an impending infrastructure development for a project dubbed Dogethereum, the demo for which is set to take place Sept. 5. 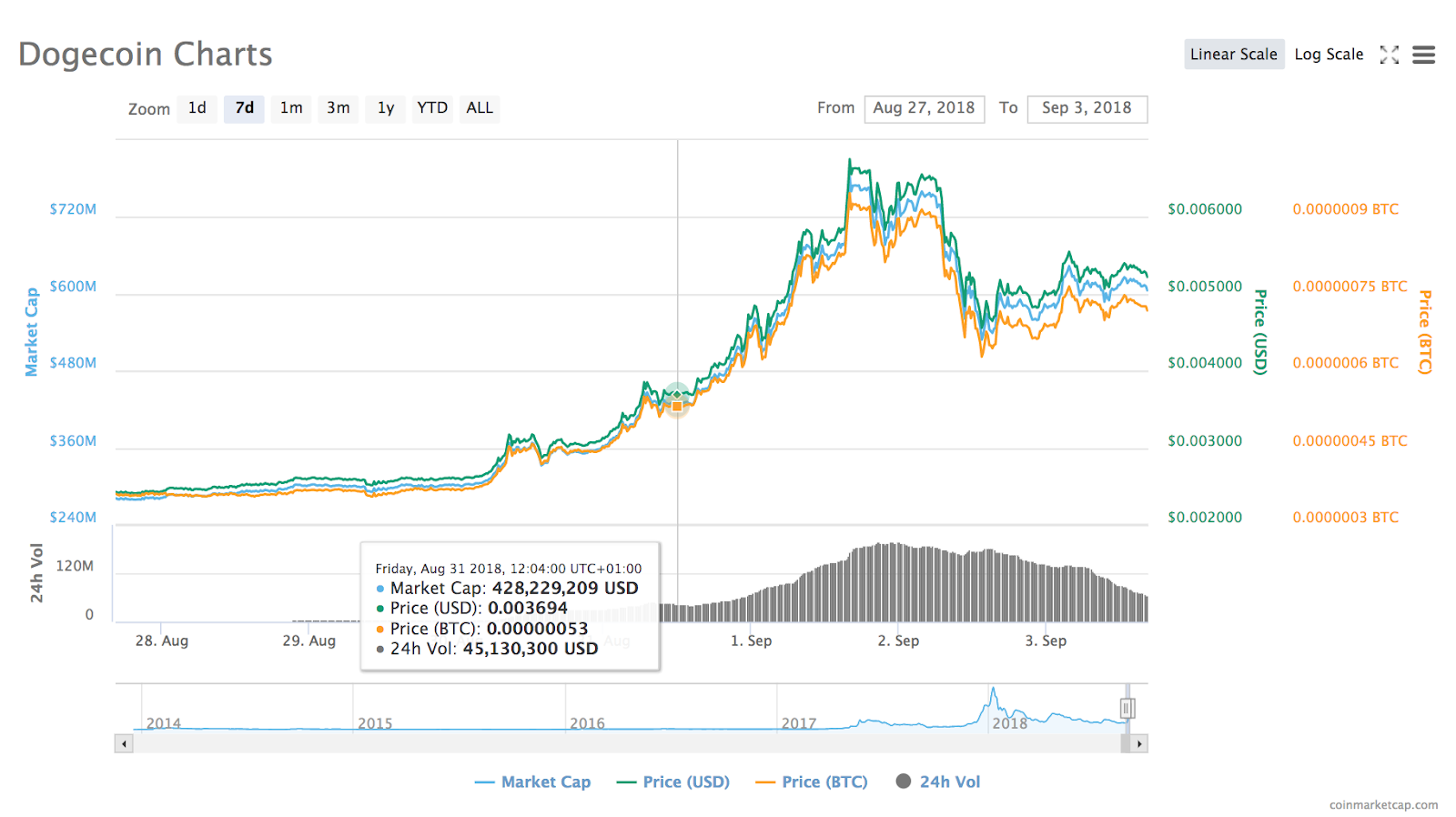 Total market capitalization of all cryptocurrencies is around $236.5 billion at press time, up almost $18 billion on its weekly chart. 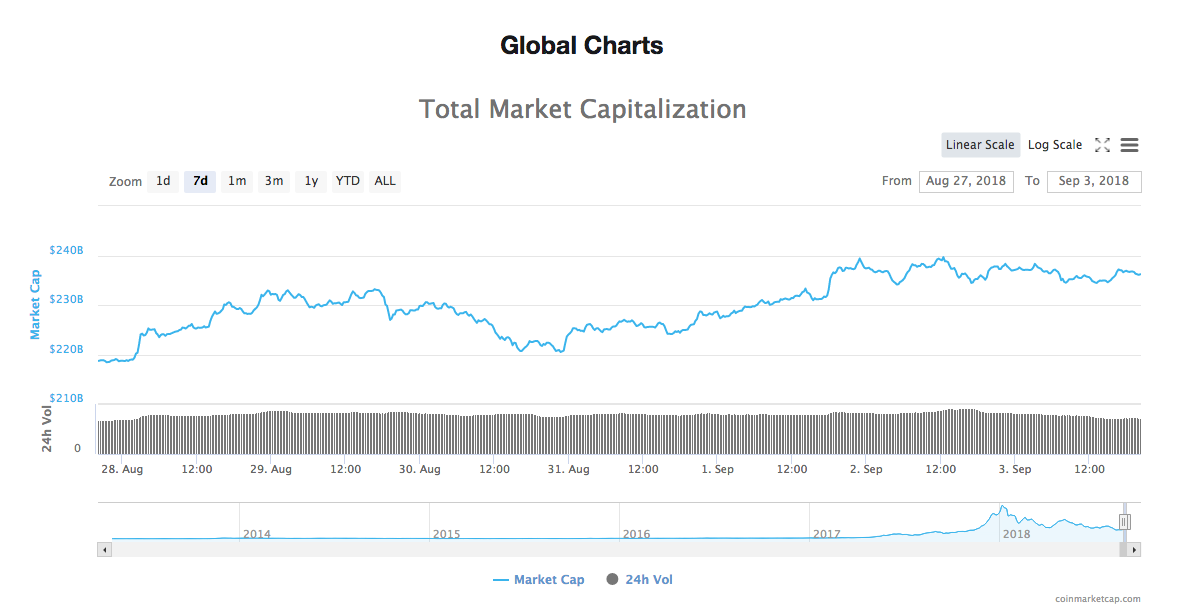