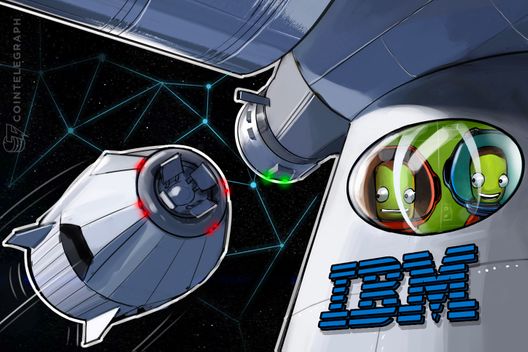 IBM announced a partnership with Veridium Labs to tokenize carbon credits that will allow companies to track their carbon footprint with blockchain today, May 15, in press release shared with Cointelegraph.

CEO and Veridium cofounder Todd Lemons said that the use of blockchain to measure carbon emissions through the supply chain will address the issues of global warming:

“Veridium's collaboration with IBM not only transforms the carbon markets, but also creates an economically sustainable funding source for conservation through a results-based payments model – a good first step towards the new 'regenerative economy.’”

The Veridium-issued digital tokens, which will be available on the Stellar blockchain, will be backed by environmental assets like the Triple Gold REDD+ credits from InfiniteEARTH.

"IBM is continuing its commitment to environmental stewardship through its engagement with Veridium. The Veridium token issuance may not only present a powerful solution for environmental offsets, but open up new funding opportunities for critical initiatives such as Infinite-Earth's rainforest reserve. IBM believes innovative technologies like blockchain can make the world a better place."

IBM had previously partnered with a group of international banks to pilot blockchain transactions for supply chain management, as well as releasing a “Blockchain Starter Plan” in Beta for facilitating blockchain use for businesses of any scale.

Blockchain use for reducing environmental impacts of various industries has been tested around the world. Blockchain company Productivist announced earlier in May that their peer-to-peer network mapping manufacturing capacities globally could reduce a project’s carbon footprint by making it easier for companies to find local manufacturers. In February of this year, Cointelegraph reported that LO3 Energy had developed the blockchain-powered Brooklyn Microgrid to allow producers of solar energy to sell excess green energy to other users on the platform.

« Despite Ongoing Probes, ICO Legalization in the Cards in South Korea
Bitcoin Could Emerge As A ‘Threat’ To US Dollar In Future, Suggests St. Louis Fed Chief »