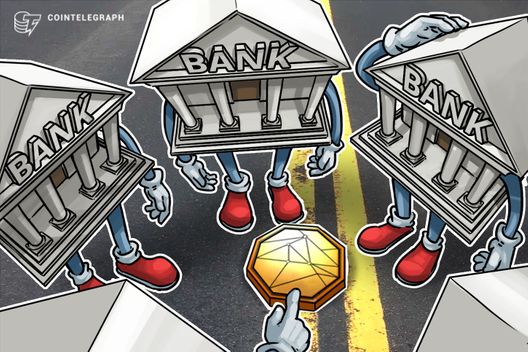 HSBC's Global Head Of Digital said that the bank is "cautiously looking" at crypto use cases.

Global Head of Digital at HSBC, Josh Bottomley, said that the bank is “cautiously looking” at cryptocurrency use cases, Forbes reported July 19.

In an interview with Forbes, Bottomley said that HSBC is “cautiously looking into this area [cryptocurrencies],” when asked about the bank’s approach to the crypto. Bottomley further explained that “there’s a use case when you have a token or currency that’s actually useful for a particular purpose, and it serves that need. But that is very different to if it’s pure speculation.” Bottomley added, “Right now we’re not interested in that at all.”

Bottomley said that at present, the bank “[doesn’t] believe broadly” that cryptocurrencies are a genuine investment asset, but that may change. He said:

“One of the criteria we use is if an asset class is showing incredible volatility up and down. For the vast majority of our customers, that makes it an inappropriate saving or investment vehicle.”

While HSBC remains wary of cryptocurrencies, like many other major financial institutions, it has been testing the potential of crypto’s underlying blockchain technology in a variety of applications.

Earlier this month, European blockchain trading platform we.trade, of which HSBC is a founding member, completed its first live operations. We.trade, which uses IBM’s Blockchain Platform and is powered by Hyperledger Fabric, is comprised of five major banks and 20 companies.

In August 2017, HSBC joined a project called Utility Settlement Coin (USC) that intends to facilitate the issuance of currencies by central banks globally using blockchain technology. The project’s co-founder Hyder Jaffrey said then that the initiative will serve as a stepping stone to a future in which central banks are already using their own virtual currencies. Jaffrey’s comments were supported by HSBC’s Head of Fintech Partnerships and Strategy, Kaushalya Somasundaram, who claimed that the USC could help set a future course for central bank cryptocurrencies.