How’s This for Starters? App to Offer ‘Generous’ Discounts and Loyalty Schemes for Diners

How’s This for Starters? App to Offer ‘Generous’ Discounts and Loyalty Schemes for Diners 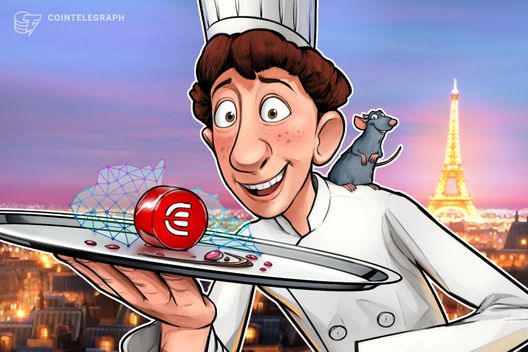 A blockchain-based startup says it is near impossible for small food businesses to survive, and is offering a platform to drive down costs and boost customer loyalty.

Food’s a necessity for all of us – and as a result, you’d think that the restaurant industry would be one of the most resilient on the planet.

But although overall revenues are set to grow in the coming years in Europe, the Middle East and the Americas, it’s not going to be a money-making story for everyone.

Competition is on the rise – and in some cases, casual dining is facing a crisis. In the UK, an estimated eight restaurants, pubs and bars closed every day from June 2017 to June 2018 – with the number of eateries falling for the first time in eight years. AlixPartners, which compiled the research reported in industry magazine The Caterer, said stagnant sales and rising costs were to blame. With major chains closing multiple outlets, including one owned by renowned TV chef Jamie Oliver, the storm is set to continue for some time.

Resto, a blockchain-based platform geared towards restaurateurs and their consumers, says “the severe competitive environment makes it more and more difficult to maintain customer loyalty and simply to survive.” While technology is often touted as the solution for the industry’s ills, with the likes of Deliveroo and Uber Eats transforming the sector in a short space of time, the company argues that many tools are failing to move at the pace of the public. To add insult to injury, many diners are being left exasperated by the loyalty programs which are designed to encourage them to return – and this is because they are left with a plethora of membership cards that offer disappointing rewards.

Making a meal out of blockchain

Resto says it has devised a global approach to tackling the market’s problems that will benefit food companies big and small while helping their customers, many of whom still feel the pinch after a long and dreary global recession.

Diners can get rid of the seemingly never-ending number of loyalty cards clogging up their wallets and use an all-in-one app where they can accrue tokens based on where they eat and receive generous cash savings on meals. Customized offers based on their preferences are also provided, and they get the chance to rank and review restaurants in a fair and transparent way. This is a particularly salient point given the crisis of confidence facing such review sites – with one daring journalist managing to make his shed in London the number one restaurant on TripAdvisor, without serving a single meal to the public.

Eliminating manipulation is also set to benefit restaurateurs, with Resto also vowing to help businesses keep their costs down. This is because they would be able to launch loyalty programs without spending astronomical amounts of money. Meanwhile, an “exclusive consumer database” would enable them to make savings on their marketing budget.

Proof is in the pudding

Based in the UK and South Korea, the team behind Resto have cited a number of examples in their white paper where loyalty programs and technology have been a real success story. There is Domino’s Pizza, who have driven hard on e-commerce to the extent where customers can buy food using their Amazon Echo, car, smart watch, phone and even Twitter account. Its chief digital officer explained this frictionless access has helped boost conversion rates – and there is no doubt that Resto is hoping to bring this muscle to the rest of the industry.

Resto’s presale took place from Sept 20 to Oct 9, with its ICO beginning on Oct 10 and running through until Dec 14. The company hopes to launch beta versions of its platforms for restaurants and diners in 2019, and has big ambitions for the number of food outlets that will accept its tokens around the world in the coming years.