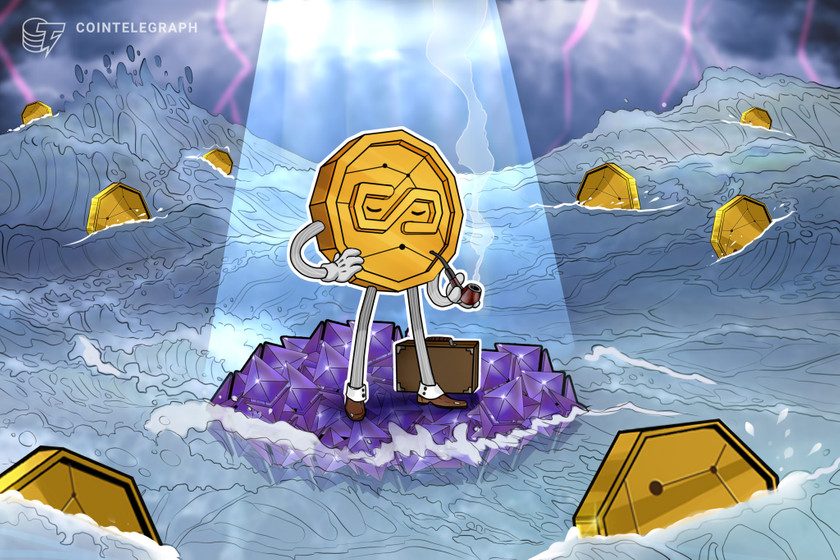 Stablecoins use a variety of techniques to keep their value fixed, generally to a specific fiat currency like the U.S. dollar.

Can a stablecoin make Ethereum scalable?

With overloaded Ethereum increasingly choked by slow transaction speeds and widely overinflated gas prices, the Free TON stablecoin will be a “true layer-two solution with immense upside,” TON Labs added. “The application of Free TON’s second layer solution does much to remedy these problems. With the stablecoin, super cheap microtransactions can now be made and in a fraction of the time it would take on the original blockchain.”

That in turn opens up a wide variety of new uses, ranging from making small payments viable, in fields like payment and gaming, it said.

Along with the new bridge between Free TON and Ethereum built by Broxius and the enormous scaling potential of Free TON’s dynamic sharding, the forthcoming stablecoin’s biggest hurdle, according to Free TON, “will be getting users to recognize the qualities of the platform and proving that it can handle the high workloads it was built for.”

What is a crypto-backed stablecoin?

Crypto-backed stablecoins use what amounts to overcollateralized loans to keep their value correctly pegged.

One of the best-known crypto-backed stablecoins is MakerDAO’s DAI, pegged to $1. However, as MakerDAO learned during the March 12, 2020 “black swan” event in which ETH’s value was cut in half in less than 24 hours after it got overwhelmed by liquidations, making sure the system can handle extreme conditions is vital — forcing it to implement substantial governance and auction management changes. That was successful, and the stablecoin’s market capitalization is more than $4.8 billion at this writing.

It is getting some competition this summer from Free TON, the fully decentralized blockchain project that took up the Telegram Open Network blockchain’s work once the messaging company that founded it pulled out after a legal battle.

This summer, Free TON is planning to release a stablecoin sibling to its TON Crystal token. The stablecoin’s liquidity will be 100% backed by locked-in Ether, providing liquidity providers with potential returns. It will have “widespread application for services with recurrent subscriptions and high-risk offerings,” said TON Labs, the core developer of the Free TON project.

What is an algorithmic stablecoin?

These complex stablecoins use algorithms and smart contracts to protect price stability by increasing or decreasing supply, using market forces to maintain a level price.

The most complex version of the stablecoin is the algorithmic stablecoin, which is not backed by any kind of collateral. Rather, as the name suggests, its value is controlled by specialized algorithms and smart contracts that automatically reduce or increase the supply of tokens on the market to keep the token’s price stable with the fiat currency it tracks. If the market price starts to fall below the value of that dollar, euro or whatever, the algorithms will remove tokens from circulation. If it stablecoin’s value rises above that of the fiat, the system will dump new stablecoins into the market.

Which is to say, the goal is essentially to create a decentralized and automated central bank that increases or decreases the stablecoin supply as needed to keep the price level.

What is an asset-backed stablecoin?

An asset-backed stablecoin is similar to a fiat-backed one, except that it holds physical assets like gold.

Commodity-backed stablecoins replace fiat currencies with a variety of other tangible collaterals, notably the traditional store of value, gold. But others are backed by baskets of precious metals, even Swiss real estate. Generally, these stablecoins are linked to a specific amount of the commodity and stored in a known location and frequently subject to outside audits — something which fiat stablecoin Tether long avoided.

Pax Gold — an ERC-20 created by Paxos CEO Charles Cascarilla — is backed by one fine troy ounce of London Good Delivery gold stored in Brinks’ LBMA-approved gold vault in the U.K.’s capital, and can be redeemed for the precious metal. Digix Gold, on the other hand, is one gram of 99.99% fine gold stored in Singapore and audited quarterly.

What is a fiat-backed stablecoin?

A fiat-backed stablecoin keeps prices level by storing fiat backing each coin on a one-to-one basis.

The first and simplest stablecoin is fiat-backed, notably the U.S. dollar, as well as the euro, yen and others, at a one-to-one ratio. So long as the underlying currency — or basket of currencies as Libra originally proposed — stays stable, the stablecoin will maintain its value. They are, essentially, backed by the “full faith and credit” of the fiat issuer, with a value defended by that nation’s central bank.

Far and away the largest of these is Tether, with a market capitalization of $62.2 billion at this writing. But other leading stablecoins include Circle and Coinbase’s USD Coin ($23 billion), Binance USD ($9.6 billion), and DAI ($4.8 billion).

Tether long claimed to be backed 100% by U.S. dollars, one to one. After the New York Attorney General sued Tether, it was revealed that 26% was an IOU from the Bitfinex exchange, a sister company. Tether recently revealed its “cash reserves” contain about 3% cash.

While bankers and authorities are seeing stablecoins as a very useful tool, the potential of some tokens to compete with national currencies makes regulators very wary.

The answer is, it depends on how it’s used and who’s using it. In June 2019, Facebook launched its Libra stablecoin project — since renamed Diem to ditch a toxic brand. The idea was to create a national currency-backed stablecoin that all of the social media network’s 2.3 billion members could use for payments.

Within days, the responses ranged from very cautious with calls for strict regulation to outrage and warnings of financial doomsday from elected officials, central bankers, regulators, and international financial organizations around the world calling Libra a threat to national sovereignty and world financial stability. It’s been watered down and is moving ahead, but big barriers remain.

On the flipside, in January 2021, then U.S. acting comptroller of the currency Brian Brooks issued a guidance letter specifically authorizing banks to use stablecoin networks to facilitate payments and to run nodes, while the EU is working on a broader cryptocurrency regulatory framework that would include stablecoins.

So, a stablecoin run by a deeply distrusted and dominant social media network that is seen to be trying to create a global stablecoin capable of bypassing and undermining national currencies? Beyond controversial. Stablecoins used by banks with no interest in disrupting the current world financial order? Not so much.

What is a stablecoin?

Stablecoins are cryptocurrencies that use a variety of methods to keep their value fixed.

Stablecoins are cryptocurrencies designed to maintain the price stability of (strong) fiat currencies while maintaining the security, speed, and low cost of virtual asset transactions. This was initially done to minimize the impact of the price volatility of cryptocurrencies in trading and as a bridge to mainstream spending and financial institutions. Now they are beginning to branch out into mainstream banking to ease the cost and burdens of making payments.

There are four basic types of stablecoins. The three centralized stablecoins are backed by fiat currencies, commodities or cryptocurrencies, while decentralized ones rely on algorithms and smart contracts to automatically maintain value.